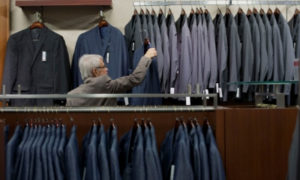 Shah has sought four weeks to complete the due diligence, the bench said.

The bench further said it will consider a relaxation of another week in case the progress report of the resolution plan is satisfactory. CFM ARC will be considered the sole bidder.

However, the bench added that if CFM ARC wants SPGP to be a part of a consortium, it will purely be an internal arrangement along with the Employees Welfare Association of RTIL.

Earlier on January 15, SP Growth Partners (SPGP), an investor in bankrupt apparel brand Reid & Taylor, expressed its inability to deposit the earnest money and brought in new investor CFM ARC as a co-applicant to invest in reviving RTIL.

CFM ARC, with over Rs 100 crore net worth and an asset under management (AUM) worth over Rs 1,200 crore, appeared as a co-applicant of Hong Kong-based investor SPGP, along with the Employees Welfare Association of RTIL.

The bench dismissing SPGP’s bid asked CFM ARC to file a separate application in this regard.

NCLT had asked Shah to deposit a Rs 2 crore demand draft for EMD within 48 hours.

The bench also reprimanded Agarwal and said he painted a “rosy picture of his net worth, wasted the courts time and also misrepresented facts”, which amounts to contempt of court, for which he can be tried.

The committee of creditors includes Finquest Financial Solution, which is the largest with close to Rs 800 crore of claims, Union Bank of India, Punjab National Bank, IL&FS Financial Services, IDBI Bank and L&T Finance etc, who had voted for liquidation on December 14, 2018.

Edelweiss ARC had taken the company to NCLT in March 2018. Besides, Arcil and JM Financial ARC also have exposure to RTIL.