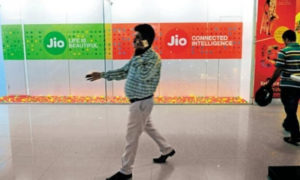 New Delhi: Telecom operator Reliance Jio Infocomm Tuesday said its board has approved schemes to spin off the company’s fibre and tower assets to separate entities. “The board of directors of the company, at its meeting held today, accorded its approval to a scheme of arrangement for transfer of its fibre undertaking, on a going concern basis, to a separate company,” Jio said in a regulatory filing on ‘restructuring/reorganisation proposals’.

The board also cleared a similar proposal pertaining to transfer of its tower infrastructure “on a going concern basis, to a separate company”, it added.

The schemes are subject to statutory and regulatory approvals, it added but did not provide details.

Jio has 2.20 lakh towers and nearly three lakh kilometres of optical fibre assets — all of which are leveraged for captive use so far. The latest move would give the company the leeway to lease out the infrastructure in the fast-growing telecom market, sources said.

Reliance Industries’ telecom arm — seen as the most aggressive telecom player in the market — had reported a standalone net profit of Rs 681 crore for the September 2018 quarter, against a net loss of Rs 271 crore in the year-ago period.

On a quarterly basis, its profit grew around 11 per cent from Rs 612 crore in the April-June period.

The company announced it will acquire 66 per cent stake in Den Networks for Rs 2,290 crore and 51.3 per cent in Hathway Cable for Rs 2,940 crore. Also last year, Anil Ambani-owned Reliance Communications had signed a pact with Reliance Jio for sale of wireless spectrum, tower, fibre and other assets. The deal announced in December 2017 and now awaiting Telecom Department’s clearance, packed in 122.4 MHz of 4G spectrum in the 800/900/1800/2100 MHz bands, over 43,000 towers, 1,78,000 kilometres of fiber and 248 media convergence nodes.