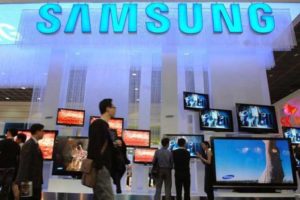 SEOUL: Samsung Electronics on Wednesday posted record quarterly operating and net profits as solid demand for its memory chips cushioned the fallout from slowing smartphone sales — but warned of tougher times ahead.

The South Korean tech giant — the world’s top maker of smartphones and memory chips — has recovered from a series of setbacks, including a humiliating recall and the jailing of its de facto chief, to post a series of record-breaking numbers.

The profits have been driven by its mighty semiconductor unit, which provides chips for its own devices as well as competitors including Apple.

But that run was coming to an end, Samsung signalled in a statement, saying it expected “overall earnings across the company to decline” in the fourth quarter because of seasonal factors in the semiconductor market.

Going into 2019, “earnings are forecast to be weak for the first quarter” for the same reason, it added, before business conditions improved.

For July-September, Samsung reported an operating profit of 17.6 trillion won ($15.4 billion), up 21 percent from a year ago and a an all-time higher for any quarter.

“It was in line with expectation but this will be the peak,” Greg Roh of HMC Securities & Investment told AFP.

“I’m expecting a decrease in the fourth quarter across the company including semiconductors and smartphones to around 16.6 trillion won,” he said.

The figures — in line with estimates announced earlier this month — were “driven mainly by the continued strength of the memory (chip) business”, Samsung said.

The unit dominates the global market and the firm has invested tens of billions of dollars each year to build and expand its factories.

Mobile handsets once contributed the lion’s share of Samsung Electronics’ overall sales and profit, but the unit reported a third-quarter operating profit of only 2.22 trillion won, down 33 percent year-on-year.

Margins were squeezed in the face of growing competition with archrival Apple for high-end devices, and Chinese firms churning out cheaper devices in the mid- and low-end segments, where Samsung said sales fell.

Shares in the firm ended up 0.12 percent in Seoul trading.

Samsung Electronics is the flagship unit of the Samsung Group, by far the South’s largest conglomerate and controlled by the founding Lee family.

It plans to invest a whopping 31.8 trillion won in production facilities this year, it said, mostly to build and expand chip production plants.

It also vowed to expand mobile sales in the long term by rolling out new technologies including much-anticipated foldable phones and artificial intelligence installed in its devices.

Samsung’s reputation suffered a major blow from a damaging worldwide recall of its flagship Galaxy Note 7 smartphone over exploding batteries two years ago, which cost the firm billions of dollars.

The group’s heir, Lee Jae-yong, was also embroiled in a major corruption scandal that ousted South Korean president Park Geun-hye and spent nearly a year in jail for bribing her close confidante.

The 50-year-old — the son of the current, ailing chairman Lee Kun-hee — was released from jail in February after several of his convictions were quashed on appeal.