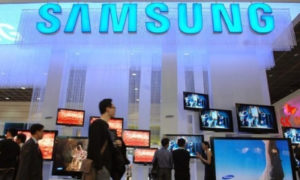 Samsung Electronics Co. unveiled a new range of inexpensive smartphones for India, seeking to win back customers in the world’s fastest-growing smartphone market and regain ground lost to Xiaomi Corp. and other Chinese rivals.

The three M series devices, all priced below Rs 20,000 apiece, will launch on February 5 on the Samsung India online store as well as Amazon India, the South Korean manufacturer said. The cheapest of the range will sell for less than Rs 10,000. The company will later take the devices to other markets.

“It’s aimed squarely and entirely at millennials who form a third of India’s 1.3 billion population and comprise half of the country’s online shoppers,” said Asim Warsi, senior vice president at Samsung India.

As smartphone sales growth sputters in saturated Western markets, every smartphone maker from Apple Inc. to Samsung and Xiaomi are looking to India to boost their fortunes. The world’s second-most populous country is also the fastest-growing geography for sales. Yet, with only 24% of Indians owning smartphones, there’s plenty of room for capturing new customers.

“The battleground in India is the mid-tier and low-tier smartphone segment, which is huge,” said Anshul Gupta, a Mumbai-based analyst at Gartner Inc. “Any vendor looking at volume, revenue or market share which aspires to be among the top five will have to operate in that segment.”

India is a fiercely competitive market. While price is a key factor, first-time smartphone buyers are also looking for value in terms of design and battery life. Cameras and their specs are an important consideration in selfie-crazy India. The M Series will sport a 5000mAH battery, at least two cameras (the top end of the M series has three) and 6.2-inch screen size. “It’s a phone meant for entertainment, shopping, gaming and multi-tasking — all the things our research has discovered is important to millennials,” Warsi said.

Samsung’s devices blanket the entire price spectrum in India. Its Samsung Galaxy Note 9 debuted in August at about Rs 70,000, while its Galaxy J2 sells for less than a 10th of that, at Rs 6,190. The company’s other recent efforts in India include the construction of the world’s largest smartphone factory just outside Delhi. Late last year, Samsung unveiled the world’s largest experience centre for its devices in Bangalore, where it also has a research center, its largest outside South Korea.