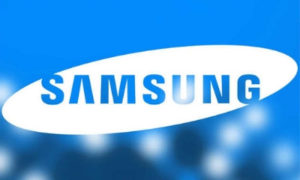 Samsung Electronics has informed the government it will have to reduce mobile phone manufacturing in the country, stop local production of flagship models Galaxy S9 and Note 9 and curtail exports of smartphones unless it delays a Make in India plan for components such as display and touch panels.

The government advanced the Phased Manufacturing Programme (PMP) timetable by two months in an order earlier this month. Instead of starting local manufacturing of the components cited above anytime in 2019-20, the government now wants companies to begin in February 2019 or face 10% import duty, which would go up to 11% with a surcharge. The industry, including Samsung, had earlier inferred that they can start manufacturing these components anytime by March 31, 2020, as stated in the PMP and hence had planned their investment accordingly.

India doesn’t make these parts locally. The display panel, for instance, accounts for 25-30% of a mobile phone’s production cost.

PMP, launched in FY17, promotes indigenous manufacturing of cellular handsets and their components to substantially increase value addition within the country. Industry has been lobbying for the PMP deadline for display panels to be pushed back to the end of the next fiscal as there is no local production for these yet and production of other components are yet to be scaled up.

If import duties are levied on display panels, the cost of manufacturing will go up and “we will have to stop the manufacturing of Samsung flagship products (Note 9 and S9) in India,” Samsung India Electronics told the government in a letter, according to an executive who has seen it.

Samsung said it’s in the process of setting up a display assembly plant for mobile phones at an outlay of $100 million that will be operational by April 1, 2020. The unit will be able to produce Amoled screens.

The world’s largest smartphone maker has also said it will have to shelve its plans to increase exports of mobile phones from India to “more than 40% in 2019” from “15% of the total production” now since it will become unviable. “India-made mobiles will not be able to compete with the costs of low-cost manufacturing economies like Vietnam,” it has written. Samsung India didn’t respond to queries.

The January 14 letter from Samsung India Electronics senior vice president Manu Kapoor has been addressed to the Prime Minister’s Office, the department of industrial policy & promotion (DIPP), the ministry of electronics and information technology and the Central Board of Indirect Taxes and Customs, according to the executive cited above.

The company inaugurated the world’s largest mobile phone manufacturing unit in Noida last July, set up with an investment of Rs 4,915 crore. It’s plan is to raise mobile phone capacity at the plant to 120 million units a year by 2020 from 68 million now. The firm said in the letter that the plant has a revenue potential of $10 billion by 2022.

COUNTERING CHINESE PRODUCTS
Samsung stopped television production in India in the last quarter with the government imposing 5% duty on open cell LED panels — a critical component accounting for 65-70% of a set’s production value. It imports finished TV sets from Vietnam. The government is said to be thinking of scrapping the duty since it hurts the Make in India initiative.

Contract manufacturer Dixon Technologies chairman Sunil Vachani said companies did not rush into component manufacturing investment for mobile phones since the Indian cellphone market was going through a churn in the last two years. “Hence, all production plans have got delayed,” he said.

The PMP for mobile phones was introduced as Chinese manufacturers have been taking control of the market with imported products. The cellphone market is worth more than Rs 1.3 lakh crore as per industry estimates, making it the second-largest smartphone market after China. The Consumer Electronics and Appliances Manufacturers Association (CEAMA) and the India Cellular and Electronics Association (ICEA) are also lobbying the government to defer the implementation of PMP for display assemblies to the end of FY20.

ET had earlier reported that ICEA had written to the PMO that the government should first implement the PMP timetable for the past two years as manufacturing of these components have not fully taken off, rather than advancing the deadline for other parts.

ICEA fears several mobile phone assembly units in the country may have to shut down if PMP is implemented early. As per the PMP, the government has already levied custom duty on chargers, battery packs, wired headsets, microphones, receivers, keypads and USB cables. In this fiscal, it pushed for local manufacturing of printed circuit board assembly, camera modules and connectors, with import duties levied on them.