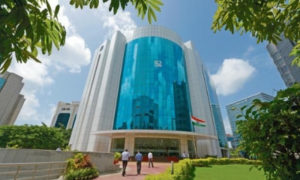 New Delhi: Faced with difficulties in recovery of penalties and other dues from some defaulters, capital markets regulator Sebi is planning to create a separate category of ‘difficult to recover’ cases for optimal utilisation of its resources. However, Sebi can initiate or continue its prosecution proceedings against the defaulters even after such a segregation and recovery procedure can be reopened in case there is any change in prevailing parameters regarding the defaulter, officials said.

A proposal in this regard is expected to be discussed by Sebi’s board at its meeting this week, they said.

The Securities and Exchange Board of India (Sebi) has got powers to recover money from various entities by way of passing orders for refund of money to investors, disgorgement of funds to be distributed to investors, and also collect fees and penalties levied by it.

Since getting the recovery powers in 2013, Sebi has initiated recovery proceedings against more than 1,600 defaulters, but it has experienced difficulties during the execution of these proceedings in certain cases.

According to officials, the reasons typically include the defaulter being insolvent or financially unsound without having any attachable assets, or being a company whose assets or directors/promoters are not traceable, as also individual defaulters being untraceable.

In some cases, the dues remain unrecovered even after executing all modes of recovery.

Currently, the Sebi norms do not provide for declaring any unrecovered dues as ‘difficult to recover’ and therefore all the proceedings continue to remain in force along with other recoverable cases, thus hindering optimal utilisation of resources, officials said.

Therefore, Sebi is of the view that treating outstanding dues that cannot be recovered even after exhausting all modes of recovery as ‘difficult to recover’ will help allocate resources towards dues that have better chances of recovery.

Sebi, which had also sought views of the Finance Ministry, Reserve Bank and the Corporate Affairs Ministry, has also clarified that it is not considering any “scaling down or writing off” of the dues.

While the RBI did not offer any comment on Sebi’s proposal, the Corporate Affairs Ministry has said it had no objection to the proposed policy.

The Department of Economic Affairs has stated that Sebi may formulate such a policy, but it needs to be comprehensive on the lines of the one for the income tax department.

The Department of Revenue, on the other hand, has drawn Sebi’s attention to certain CAG audit reports on the working of write-off procedure of the income tax department so as to avoid problem areas before formulating a policy.

It has also suggested a robust system of checks and balances to ensure that only those dues which are completely irrecoverable are segregated and a strong review system is put in place.

As per the Sebi proposal, it has taken cues from the procedure followed by the income tax department to identify and segregate dues as ‘difficult to recover’.

In case of individuals, this would broadly apply to a person who has died leaving behind no assets, who is alive but has no attachable assets or has become insolvent.

In case of companies, it would apply to those having gone into liquidation or insolvency proceedings or are defunct, as also entities whose directors, promoters, partners or representatives have no attachable assets.

Regarding foreign companies, the new category would include those having no presence, place of business, management, representative or attachable assets in India.