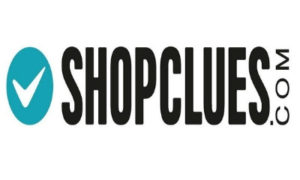 BENGALURU: Ecommerce marketplace ShopClues has seen a jump of 46% in revenues for financial year 2017-18 at Rs 273 crore, while the company also cut down losses significantly by 40% to Rs 208 crore during the fiscal.

The company had seen a flat growth last fiscal with total revenue rising only by 5% to Rs 188 crore in FY17. The company’s losses had declined marginally by 13% to Rs 332 crore during FY17.

However, CEO Sanjay Sethi had, in a mail to employees in August, said that the company is on the path to profitability, and that it has raised $16 million additional funds this year. Sethi mentioned in the mail, a copy of which was seen by ET, that the company’s burn had come down from $5.5 million in January last year to less than half a million dollars a month at present.

Earlier this year, Sethi had said that the company had focused on “right revenue margins” in 2017 without any discounting or heavy spending on warehousing adding to its costs. He had said the company had become unit economic positive across all categories last year and that it was set to hit profits in the next fiscal.