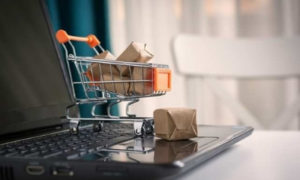 NEW DELHI: A group of small and medium online retailers selling on Amazon and Flipkart platforms has written to the Prime Minister’s Office, alleging that the ecommerce majors are exploiting small sellers, and seeking PMO intervention to safeguard their interests.

All India Online Vendors’ Association (AIOVA) has accused ecommerce marketplaces of following unregulated and anti-competitive business model even as the Indian arm of Amazon is hosting a ‘Small Business Day’ online shopping event next weekend to promote small and mid-size enterprises.

“The control of India’s retail market has been passed on to the hands of two foreign companies,” AIOVA, which represents more than 3,500 online sellers, said in its letter to the PMO last week.

The vendors also expressed disappointment at not being included in discussions to help draft a policy for the ecommerce sector. “The think tank on ecommerce industry was formed and disbanded without our inclusion or representation,” it said in the letter.

Third-party vendors selling on the online platforms have been complaining to several government departments highlighting their concerns, ranging from predatory pricing and deep discounting by units of ecommerce companies that sell their private labels to the need for a sector regulator.

Marketplaces giving preferential treatment to certain large sellers, leading to unfair competition for third party vendors on these platforms, has been one of the major concerns for online sellers.

This despite ecommerce firms like Amazon and Flipkart holding special programmes for small businesses from time to time.

Amazon.in, for example, will offer products from various small sellers at special prices and cashbacks for buyers during its Small Business Day on December 16.

There are more than 400,000 sellers using its platform, and most of them are small and medium businesses, an Amazon India spokesperson said. “Since our launch in India over five years ago, we have worked relentlessly towards creating a transparent marketplace for sellers of all sizes to sell, grow and offer the widest selection to our customers,” the spokesperson said.

Rajneesh Kumar, chief corporate affairs officer at Flipkart Group, said the company through its platform is not only helping SME sellers from across the country, including the remote parts, access the market and consumers, but is also “boosting local manufacturing and the economy”.