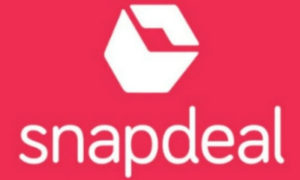 Bengaluru: In a first, the Karnataka drugs control department is prosecuting an e-commerce company for online sale of drugs falling under Schedule H that require a valid prescription for sale.

On December 21, 2018 the department issued an order permitting the assistant drug controller in Belagavi to initiate prosecution proceedings in the competent jurisdiction court against e-tailer Snapdeal, its CEO, COO and a proprietor and staffer of a Ludhiana-based company, Herbal Health Care, for their alleged involvement in the exhibition, sale and distribution of Suhagra-100, a schedule H drug.

Drugs under Schedule H cannot be purchased over the counter without prescription from a qualified doctor.

Prior to this, in December 2014, drug control officers in Belagavi launched a sting operation by ordering for a sex-stimulation drug online as part of the probe.

“Suhagra is a sex-stimulation drug that can be prescribed by a psychiatrist or an urologist. Our officers ordered the drug in December 2014 and on receiving the parcel, the payment too was made. A mahazar was done on receiving the order. Further, the Ludhiana-based agency that supplied the drug was inspected by our officers. It was noticed that the proprietor did not possess a valid drug licence and hadn’t disclosed the source of purchase of the said drugs,” said senior officials in the drugs control department.

The order, a copy of which is with TOI, said the Ludhaina-based agency and its proprietor had violated Section 18A and C of the Drugs and Cosmetics Act, 1940 and rules pertaining to prohibition of sale or distribution of certain drugs and cosmetics.

The order also named Kumar Bahl, CEO, Snapdeal and Rohit Kumar Bansal, COO, Snapdeal, for having provided a platform to exhibit and sell the drug without possessing a valid drug licence, which is a punishable offence under the Drugs and Cosmetics Act. The order also named Mrs Shetty, proprietor and Pushpinder Kumar Singhala from Herbal Health Care.

However, the same drug was not available on the e-commerce site when TOI checked on Tuesday.

The legal proceedings in Belagavi will begin shortly, said officers.

“Snapdeal is an intermediary that connects independent, third-party sellers with buyers. Sellers are prohibited from selling any Schedule H drugs on Snapdeal. Any reported violations are acted upon strictly, including barring future access to the marketplace for any such seller(s). We also extend all required cooperation to law enforcement authorities in this regard. We haven’t received any communication in this instance and hence cannot offer any specific comment,” a Snapdeal spokesperson told TOI in an email statement.