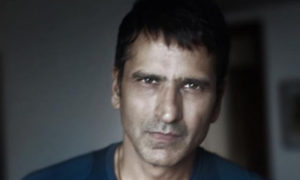 New Delhi: WPP Plc, world’s largest communications group, on Tuesday announced that Sonal Dabral and Reed Collins will head its creative agency Ogilvy’s Asia Pacific (APAC) team. The duo takes over as Eugene Cheong steps down as Asia’s chief creative officer after a decade in the role. He will be transitioning to a new role at the agency.

Dabral will take care of the agency’s South East and South Asia offices while Collins continues his focus on North Asia.

“I would like to thank Eugene for his invaluable contributions throughout his tenure,” said Piyush Pandey, worldwide chief creative officer, Ogilvy & Mather. “I have great confidence in our next generation of leadership with Reed and Sonal to continue to deliver great creative solutions to all our clients.”

“Reed and Sonal are true Ogilvy giants with modern marketing skills and the right experiences to take the agency into the future. They are both dynamic, inspirational creative talents whose energy and ambition are infectious,” said Wertime and Reitermann in a joint statement.