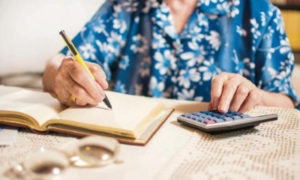 The taxability of the National Pension System (NPS) is set for a change. The union cabinet has approved the proposal to increase the tax exemption limit for lump sum withdrawal at the time of exit from NPS to 60%, from 40% currently. The changes will have to be notified through changes in the Income Tax Act, which is now expected to happen through the Finance Bill in the Budget for the next year.

What has changed
Under the present rules, at the time of retirement, 40% of the accumulated corpus under NPS had to be used to buy an annuity—pension product that pays regular income for life—and the remaining 60% could be withdrawn as lump sum. Of this 60%, 40% is exempt from tax while the remaining 20% is taxed. The compulsory annuity and tax treatment made NPS a less preferred option by the financial advisors, when compared to the employee provident fund and public provident fund. But this is set to change at least from the tax point of view for both well as the government sector.

“Taxation is normally the same for everyone, except for the amount of contribution that is permitted as a deduction. At maturity, everyone is treated the same,” said Gautam Nayak, partner, CNK and Associates LLP.

While corpus from NPS will become tax-exempt now, you need to keep in mind that you have to annuitize at least 40% of the corpus and the annuity income in your hands is taxable at the applicable tax slab. In the case of other long term products that double up as pension products such as the EPF and PPF, the maturity corpus is not only tax exempt but you can pocket the entire lump sum without having to annuitize any portion of it.

“The annuity that you receive will be taxable like the regular income. So NPS is limited EEE. To the extent of 60%, it is now EEE,” Nayak said.

Currently, it doesn’t allow much freedom to the subscribers. Investments are done in a pre-fixed asset allocation with an equity exposure of not more than 15%. The corpus is entrusted only to the public sector pension fund managers—LIC Pension Fund, SBI Pension Fund and UTI Retirement Solutions.

“Government employees will now have a choice to choose from the private sector fund managers, based on who is giving a better return. Moreover, they can also decide on their asset allocation. Except for the active choice, that is available to private sector NPS, other auto-choice options will now be available for government NPS. Under the auto-choice, they can get the benefit of investing up to 50% in equity,” said Sumit Shukla, chief executive officer, HDFC Pension Management Co. Ltd. A subscriber can choose from four options now. One is the existing allocation in force for government NPS where there is a 15% limit on equity, second is 100% G-Sec, third is the conservative option under auto choice and the fourth is the moderate option under the auto-choice, he said.

Further, the government has also decided to increase its contribution to its employees’ NPS accounts from 10% to 14%, which will be tax free. In fact even the tier-II account—an optional account that allows frequent withdrawal making it similar to your savings bank account—for government employees will enjoy tax benefits, as per the government release, and will come with a lock-in of 3 years. “They should not restrict it to only government employees. When the final details emerge in the Budget, I think they would allow the benefit to everyone,” said Naveen Wadhwa, deputy general manager, Taxmann.com.