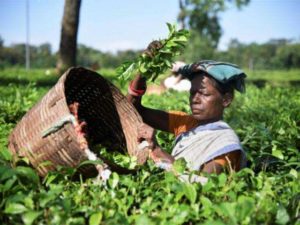 KOLKATA: Union Commerce secretary Anup Wadhawan on Thursday said the tea industry should benchmark itself against best practices so that it can compete in the international market against countries like Sri Lanka.

“There are fundamental challenges on the production side as productivity was falling. The gardens are no more viable as they used to be. The industry needs to benchmark itself against the best practices to raise production and compete in the international market against countries like Sri Lanka”, he said.

The initiatives should come from the industry side for branding and marketing of tea and also for value addition. “The government will support the efforts of the industry”, he said at the AGM of Indian Tea Association (ITA).

Deputy chairman of Tea Board Arun Kumar Ray said the consumption pattern was stagnating. “There is a need to bring in growth in the market. We do have the funds and come to the rescue. The industry has to take the initiative”, he said.

He said that the industry should explore new markets, adding that quality of tea would have to be improved for better price realisation.

“Else, labour costs will rise and the industry will not be able to sustain itself”, Ray said.

Regarding revamping of the e-auctioining system, he said “Tea Board will not decide on the software. It is upto the industry to finalise”, he added.

Chairman of ITA Azam Monem said that the government should increase the MEIS (merchandise exports incentive scheme) reward rate from five per cent to 11 per cent and increase orthodox subsidy from Rs three per kg to Rs 20 per kg.

To this demand raise by ITA, Wadhawan said the government would examine the proposal.