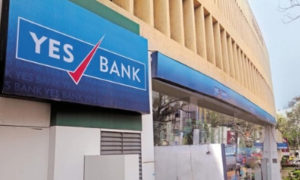 Mumbai: An independent director at Yes Bank Ltd, a lender that’s been ordered by India’s central bank to replace its chief executive officer, resigned on Monday saying he was concerned about recent events at the company. “I wasn’t happy with the developments taking place in the recent past and the way it was handled,” R. Chandrashekhar said in a message on WhatsApp, declining to be more specific. Yes Bank shares tumbled as much as 6.5% on Tuesday, the worst performer on the S&P BSE Sensex index.

The Mumbai-based lender has seen a spate of resignations in the past week as it continues its search for a new CEO to replace the incumbent, Rana Kapoor. Non-executive Chairman Ashok Chawla resigned on Nov. 14, followed the next day by O.P. Bhatt, who quit from the panel set up to find a new CEO.

India’s central bank has asked co-founder and CEO Kapoor to step aside by the end of January. The Reserve Bank of India is taking action against several banks as part of its efforts to root out a system-wide legacy of shoddy lending that has resulted in ballooning bad debts. The regulator earlier this year refused to extend the tenure for the CEO at Axis Bank Ltd.

In a statement issued earlier Monday, Yes Bank said Chandrashekhar has resigned for personal reasons. It said the bank will look for a replacement “in the field of information technology and cyber security.”