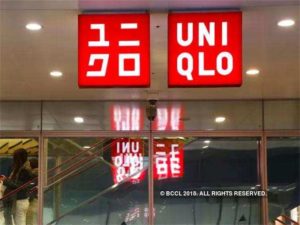 Automating its Ariake distribution centre on Tokyo’s waterfront with Daifuku’s aid has helped Fast Retailing to cut staff there by 90 percent as well as allowing a 24 hour-operation, the clothing retailer said.

“We want to introduce automated warehouses around the world as soon as possible,” Fast Retailing Chief Executive Tadashi Yanai told reporters before they were taken on a rare tour of the Ariake warehouse which started operations in 2016.

Fast Retailing did not provide a timeframe for the 100 billion yen in investment.

Famous for its affordable line of casual clothing such as lightweight down jackets, Fast Retailing has grown through decades of deflation and weak consumption in Japan, and is expanding abroad steadily.

But it has been struggling with some inefficiencies. In one instance, its HeatTech thermal inner wear, was delivered to Japanese warehouses in May, meaning the company was paying for costly storage for several months.

Shares in Fast Retailing ended 1 percent higher after the announcement, although Daifuku finished 4 percent lower with reasons for the decline not immediately clear.

Daifuku, which helps companies handle and sort products, has more than 7,500 employees worldwide with non-Japanese sales accounting for two thirds of its business.