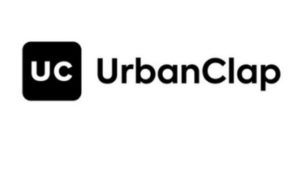 MUMBAI: On-demand home services platform UrbanClap is facilitating an employee stock repurchase programme worth $2.0-2.5 million (Rs 14-18 crore), which will see some of its staff turn crorepatis.

The shares owned by employees under ESOP (employee stock ownership plan) would be purchased through a secondary transaction, which is part of a recent deal whereby hedge fund Steadview Capital and existing investor Vy Capital invested $54 million in the company.

Of the total, UrbanClap raised $50 million as primary capital at a valuation of about $480 million last month, ET had reported.

The rest of the investment was towards purchase of shares from existing angel investors and employees.

With the current ESOP sale programme, about 50 of the eligible 100 employees have exercised the option to sell their shares to Steadview and Vy Capital, which have also additionally purchased shares worth $1.5 million from angel investors.

The ESOP sale marks the second such event by the firm in under two years — the previous one was in July 2017. The secondary sale price of shares under ESOP was made at about Rs 62,000 each in the current transaction, compared with Rs 24,000 in 2017, implying an over two-and-half-fold jump in value.

Prior to this secondary transaction, about 5.8% of its shares made up the ESOP pool, with its overall value pegged at Rs 70.5 crore. In 2015, the price for the ESOP pool was around Rs 1,500 per share, as per sources aware of the firm’s ESOP structure. Based on that, employees are set to rake in returns of more than 40 times in just three years.

“In India, given there are very few successful startup exits, there is often scepticism around ESOPs. The thought process around facilitating these secondary transactions is to help employees see value in these ESOPs,” Abhiraj Bahl, founder and chief executive of UrbanClap, told ET.

The current ESOP sale plan will enable some employees to liquidate up to Rs 1 crore worth of stocks.

UrbanClap’s stock option pool for employees accounted for about 6% of the firm’s overall shares in 2017and was worth over Rs 72 crore when it raised $21 million from Vy Capital and others in July 2017.

That round saw about 0.2% of the 6% of ESOP pool being liquidated, as per documents filed with the Registrar of Companies and accessed from data platform Tracxn. The total value of ESOPs liquidated in 2017 was about $500,000.

UrbanClap has seen strong growth over the last two years with revenue surging 327% in FY18. It posted a loss of Rs 57 crore, which shrank from the year earlier, on operational revenue of Rs 46.6 crore.