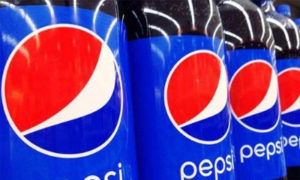 NEW DELHI: RJ Corp-owned Varun Beverages Ltd (VBL) is in advanced talks to acquire PepsiCo’s bottling, sales and distribution in the south and west for its carbonated drinks business, giving it nationwide control of these functions, said two executives aware of the development. Varun already runs PepsiCo’s bottling operations in the north and east and contributes more than 51% to its India’s sales volume.

“The divestment of the bottling operations nationally is in line with the company’s global direction to run asset-light businesses across world markets and operate the majority of its bottling operations through franchisee partners,” said one of the persons. “The likely transaction, however, will not be (completed) in the short term since it will involve multiple and complicated transfers of assets and employees.”

Once the divestment takes place, sales and distribution will be operated by the franchisee partners. PepsiCo will continue to own the brand name and sell concentrate to franchisees besides handling marketing. 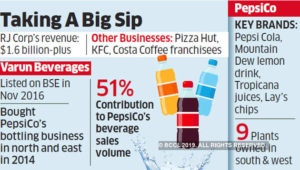 The maker of Pepsi Cola, Mountain Dew lemon drink, Tropicana juices and Lay’s chips and RJ Corp have been in talks over such a deal for close to two years. ET had reported in October 2017 that PepsiCo was looking to divest its bottling operations in the south and west as well.

TOP CONTENDER
“RJ Corp is the most likely contender for the national bottling business, given its over two-decade association with PepsiCo,” said the second executive. “While there were talks about PepsiCo likely to split its bottling assets among multiple franchisee partners, it is now likely to consolidate further with Jaipuria.”

PepsiCo’s former chief executive Indra Nooyi had said last year that if the company finds “a very good bottler and they can run the business better than us, we will refranchise the business”. Nooyi stepped down as CEO in 2018.

PepsiCo owns nine manufacturing facilities in the south and west. The company had sold the India bottling operations of its fizzy drinks in the north and east to Jaipuria five years ago. Besides soft drinks, RJ Corp’s businesses include franchisee operations for Yum Restaurants-owned Pizza Hut and KFC, UK coffee chain Costa Coffee, which was acquired by Coca-Cola last year and its own Cream Bell brand of dairy products, besides grocery retail chain JMart.

Rival Coca-Cola, in contrast, operates through multiple franchisee bottlers in India, in addition to its own bottling arm Hindustan Coca-Cola Beverages (HCCB).