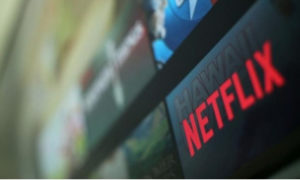 The recent Supreme Court judgement in Star India Pvt. Ltd versus the Telecom Regulatory Authority of India (Trai) case has far reaching implications for the television broadcasting industry. On 30 October, the SC paved the way for Trai’s tariff order and interconnect regulations for pricing and packaging of TV channels offered to subscribers, listing channel genres and a genre-wise ceiling on channel prices, reported Mint.

The SC bench dismissed a challenge by Star India to a Madras high court order upholding Trai’s draft regulations preventing broadcasting companies from mixing free-to-air channels with pay channels in bouquets. Star and Vijay Television had filed the appeal in the apex court on the grounds that the tariff regulations issued by Trai stood in conflict with the Copyright Act, 1957, said the Mint report. Interestingly, the repercussions of the order will vary for different stakeholders. In the short term, the broadcasters may not exactly be celebrating the move. They will now have to spell out the price of each channel separately for the consumer. Jehil Thakkar, partner at management consulting firm Deloitte India says: “This will definitely have an adverse impact on broadcasters who were driving the reach of some of their smaller channels through the heft of more popular shows and channels by clubbing them into a bouquet.” This may slow down new channel launches and may impact revenues of some of the less popular channels as the consumer is now being asked to pay for whatever he watches. Every consumer gets a basic package of 100 standard definition channels for ₹130.

However, Colors’ CEO Raj Nayak is optimistic. He feels the decision that will benefit all stakeholders in the long run. “Broadcasters will, for the first time, have complete transparency in the number of subscribers and also get their fair value of subscription revenues, which hasn’t happened so far. This could also mean less dependency on advertising revenue and more investment in content,” he says. While the deals between broadcasters and direct-to-home (DTH) and cable TV industries will now be based on fixed guidelines, the development may augment the carriage fee. “If a broadcaster still wants his channel to be part of the basic pack, the DTH\cable guy may demand more carriage fee,” says Thakkar.

However, the SC order stands to benefit the consumer who can now pick and choose his channels rather than being saddled with hundreds of them. Thakkar agrees: “Consumer gets a choice. Besides, broadcasters will now have to sell the channel to consumer. From B2B (business-to-business) the business moves to B2C (business to consumer). The decision making power shifts to the consumer.” Interestingly, though this may not mean that a customer’s cable bill will go down. “Like to like, the cost to the consumer may go up,” says Thakkar, which may, in turn, benefit the video streaming platforms such as Amazon Prime and Netflix.

Sameer Nair, CEO at content studio Applause Entertainment Pvt. Ltd, agrees. He says that bundling of channels by broadcasters and offered by DTH and cable operators to consumers resulted in an incredibly low-cost proposition, making television in India one of the cheapest in the world. “The unbundling of the broadcast channels may impact subscription revenues in the short term, but over a slightly longer time frame, the concept of ‘pay less for less, pay more for more’ will kick in. It is a fallacy that a la carte increases choice and reduces cost; go to any hotel to know that the best deal is often the ‘buffet’, the ‘eat as much as you can’ for a fixed price,” says Nair. However, if cable prices go up, consumers may feel more inclined towards ‘cord-cutting’—the action of the US consumers dumping the expensive cable TV service for the much cheaper Netflix. So far, in India, the opposite is true. TV is so cheap that ‘cord-cutting’ makes little sense. This development benefits the subscription-led video-on-demand platforms as several of them (except Netflix) are attractively priced between ₹50 and ₹199 a month for exclusive content. For a value conscious Indian, these prices (and discounted annual offers) compare favourably with unbundled TV channels, Nair argues. Meanwhile, DTH and cable TV operators are also becoming internet-enabled and beginning to offer video-on-demand along with the broadcast channels to their consumers. ““I think it will turn out well for all concerned. The endgame will be, the more content that consumers consume, the higher the ARPUs (average revenue per user) that will accrue to all providers, distributors and creators,” says Nair.