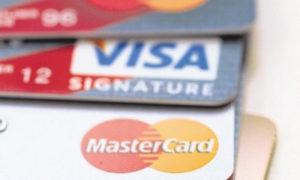 New Delhi: Global card payment companies have complied with the Reserve Bank of India’s norms on data localization as Visa and Mastercard have started to store data on domestic transactions from October. The two are, however, still in talks with the central bank to seek a relaxation of rules on storing data on older transactions.

“In order to ensure that the safety and security of the Indian payment ecosystem is not compromised, and further, that there is no negative impact or disruption to Indian consumers, banks and merchants, Mastercard has submitted its proposal to RBI which confirms storage of data only in India within a specified time frame,” said Mastercard in response to emailed queries from Mint.

“We confirm that all new Indian transaction data is being stored at our technology centre in Pune as of 6th October 2018, as required per the RBI directive on data localisation,” it added. RBI issued the directive for better monitoring of transaction data. It gave the companies six months to abide and submit their compliance report by 15 October.

While most of the companies complied with the RBI directive, there were reports of big global entities like Visa and Mastercard missing the compliance deadline.

Visa CEO Alfred F. Kelly said over the last six months it has been working towards implementing a solution to comply with RBI norms and that it has met the deadline. “As of October 15, we are storing data locally, where we can also facilitate RBI’s requirement of access to Indian cardholder payment transaction data,” Kelly said on 24 October while announcing Visa’s earnings.

“We have submitted a detailed status update and action plan to the RBI, including how we will re-architect our existing global processing systems to fully comply with the data only-in-India requirement,” Kelly said.

The compliance status of the two companies comes after both lobbied with RBI and the finance ministry to relax the proposed rules.

On 12 October, two US senators John Cornyn and Mark Warner – co-chairs of the Senate’s India caucus that comprises over 30 senators, wrote a letter to Prime Minister Narendra Modi urging India to soften its stance on data localization, warning that measures requiring it represent “key trade barriers” between the two nations, according to Reuters.

“All system providers shall ensure that the entire data relating to payment systems operated by them are stored in a system only in India. This data should include the full end-to-end transaction details/information collected/carried/processed as part of the message/payment instruction,” RBI said in its 6 April circular.

It said for the overseas part of the transaction, the data may be stored in a foreign country.