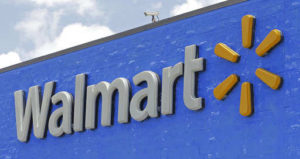 HYDERABAD:  Walmart India Wednesday said it would invest about USD 500 million(about Rs 3,200 crore at the current exchange rate)to open another 47 stores by 2022 to take the total number of outlets to 70.

Krish Iyer, President and CEO Walmart India, said that out of the 23 B2B Cash and Carry stores, 19 have achieved break even with over a million members.

“A typical store needs anywhere between USD 9 to USD 10 million in terms of investment.

We are planning to take the total number of stores to 70 by 2022. That is the plan and we will also have e-commerce space in all the stores.

Walmart India became a wholly owned subsidiary of Walmart Inc after it severed and exited from the failed Joint Venture with Bharti Enterprises in 2014.

Iyer said the company also has plans to increase fulfilment centres across the country.

Speaking about the Vizag store, he said it had come up on 56,000 square feet and provided employment to 2,000 people directly and indirectly.

“This is now the fourth store in Andhra Pradesh. This is the first store that we have opened in A Pafter Walmart India became a 100 per cent subsidiary.

We have a plan to open another store in Visakhapatnam. We are looking for a site. We hope to sign the property in the next three to four months. It takes about three hours to open a store after we sign a property,”he said.

Iyer said the current contribution of private labels to overall sales was in single digits and he expected it to grow to about 20 per cent in the next two to three years.

On the possible cannibalisation of sales by its recently acquired Flipkart, he said both are in different segments.

“Walmart India’s Best Price e-commerce is about B2B. Flipkart is the marketplace and has a lot of sellers who will sell to end consumers.

In our e-commerce we don’t sell to end consumers and and our customers will sell to other business members.So there is a difference.

There wont be any cannibalisation of sales because our members are very loyal to us.

We have one million members with ours,he explained.