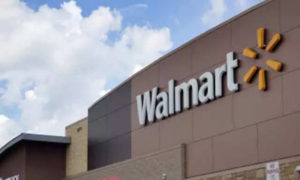 NEW YORK, – Walmart Inc said on Thursday it has partnered with another four companies as part of its goal of offering grocery home delivery in more than 100 U.S. cities.

Walmart’s new partners are Point Pickup, which offers recurring same-day deliveries, and one-hour delivery company Skipcart, which uses crowdsourced labor. It has also partnered with same-day shipping firm AxleHire and Roadie, which connects senders with drivers who are already going in the needed direction.

Walmart, the largest U.S. seller of groceries, said it will partner with the companies in four states. The company said its online grocery delivery service is available in more than 800 stores, with another 800 being added in the year ending in January 2020.

The current 800 stores cover about 100 metropolitan areas, Walmart spokeswoman Molly Blakeman said. “We’re right at the 100 metros and will be over that number by the end of the fiscal year,” she said. Walmart’s fiscal year ends in January.

The initiative is Walmart’s latest attempt to tackle one of the biggest challenges in retail: the “last mile” of delivering goods to online customers.

In March, Walmart said it would offer home delivery of groceries in 100 U.S. cities covering 40 percent of U.S. households by the end of 2018. It has since tied up with several small delivery companies like DoorDash and Postmates, which offer gig-style jobs to workers.