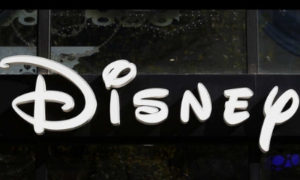 MUMBAI: In a move that seems like a precursor to the merger of 21st Century Fox’ assets with the Walt Disney Company, the world’s largest entertainment company on Monday transferred Mahesh Samat, senior VP and managing director at Walt Disney International, South Asia, to a new role of executive vice president of Disney Consumer Products Commercialization for the Asia Pacific region.

With Samat’s moving, insiders say it is expected that Fox and Star India leadership may get bigger role in the merged entity in India and Asia.

“The Asia Pacific region continues to provide immense opportunity for Disney products and experiences,” said Potrock. “I am confident that Mahesh’s proven leadership and steadfast focus on innovation and entrepreneurship will deliver dynamic growth across our brands and product categories.”

“Disney products and experiences bring our stories and characters closer to fans every day. I am pleased to have the opportunity to lead this exceptional team to delight kids and families across these high growth Asian markets,” Samat said.

With more than 25 years of experience in FMCG, media and healthcare across India, Asia-Pacific and Europe, Samat previously worked with Johnson & Johnson, Kellogg’s, Warner-Lambert/Parke-Davis and Boots India. He also established the Epic Television Networks and its Hindi-language channel.