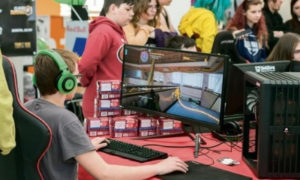 New Delhi: Ayush Bhardwaj, an avid gamer, prefers to assemble his own gaming system as it is more flexible and cost-effective. “Buying every component separately and assembling them manually is not easy, but it is worth the effort as it gives me control over every component that would go into my PC,” he says.

Bhardwaj has a valid point. A gaming system comprises five-six key components. First comes the motherboard that connects the CPU (central processing unit) with all other components like the GPU (graphics processing unit), SMPS (switch mode power supply), RAM (random access memory), storage drives and the chassis to cover it all.

Compatibility check: Checking the compatibility of the motherboard with the CPUs is also important—an Intel CPU, for instance, won’t work on a motherboard with an AMD socket and vice versa. Most new games require at least 8GB of RAM. Corsair’s Vengeance LPX 8GB DDR4, priced at ₹6,010, is a good option as it is compatible with both Intel and Ryzen processors.

Storage: When it comes to storage HDDs (hard disk drives) are the best option for users who want to keep the cost low. A 1TB internal HDD from Seagate or Western Digital will cost ₹3,000-4,000, but it will take more time to transfer files and load games compared to SSDs (solid state drives). Western Digital’s 500GB SSD is available at ₹8,499. To run an Intel Core i7 processor and any Nivdia 10 series GPU, users will need an SMPS with higher power capacity of at least 600 watts. Cooler Master’s MasterWatt Lite SMPS with a capacity of 600W would cost about ₹4,200 online. All of this would still cost around ₹80,000, while an all-in-one gaming system such as Alienware Aurora R7, which runs on Intel Core i5 8th gen CPU and Nvidia GeForce 1050Ti, would cost ₹1.01 lakh.

Gaming chips: For the latest option available in India, one will have to shell out around ₹1-2 lakh. It starts with spending on top-of-the-line processors and then on GPUs, which do most of the heavy lifting in games.

The early games ran entirely on CPUs, but with games becoming graphically elaborate and heavier, a dedicated GPU is required to render the 3D models and textures of the game. These GPUs have their own memory so that they don’t use the system’s memory and can save game assets directly on their RAM. Dedicated GPUs generate more heat. Users will have to get an additional fan to keep the system cool. The Nvidia GeForce 1050 Ti (4GB) is a lower-level graphics card and is meant for mid-level gaming. For games with higher resolution, beyond the 1080p and frame rates above 100Hz, users will have to go for the more powerful Nvidia GeForce 1080, which is available at ₹72,400. Among CPUs the top options available in India include Intel’s Core i7-8086K chipset, which has six cores and is priced at ₹45,999.

Protecting the system: Among low-cost chassis, Corsair Carbide (₹3,399), which has room for up to five 120mm fans and built-in dust filters, is one of the options. For users who want to add some zing to their gaming system, there is the Corsair Crystal CC Series (starts at ₹12,499). It offers a combination of glass and metal panels and has three 120mm RGB LED lit fans, which light up when the system is on.

The MSI B450 Tomahawk motherboard is compatible with both the Ryzen chispets and priced at ₹14,599