In recent years, retail earnings season has typically had a somewhat funereal tenor. Old-school chains have repeatedly put up spotty (if not shoddy) results and offered unconvincing excuses for poor performance, raising questions about their viability in the era of Amazon.com Inc. But this time around, things are looking … gasp … kind of good. Could it be that retailers are figuring it out?

The clearest signs of strength have come from the big-box category, where Walmart Inc. posted its best comparable sales growth in more than a decade and Target Corp. roared with its biggest increase on this metric in more than 13 years. Those two, though, didn’t have a monopoly on the retail cheer. Nordstrom Inc. saw solid results at both its department stores and off-price concept, and Urban Outfitters Inc. saw eye-popping double-digit increases in comparable sales growth at its namesake chain as well as Anthropologie and Free People. Just look at some of the pleasant surprises: 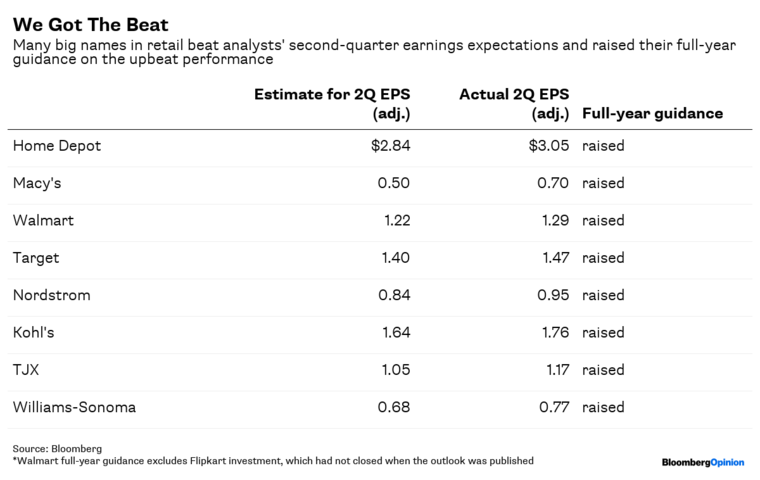 What Do You Know, Retailers Are Figuring It Out
And here’s the good news for investors: I don’t think the upbeat consumer environment alone is enough to explain the broad strength of these numbers. They also offer compelling evidence that well-run companies are starting to get a handle on retailing in a digital world. Here are a few details that helped bring me to that conclusion.

Taking share: Target executives emphasized an important detail on their conference call with investors: They say the retailer gained market share in the quarter in all of their core categories, including home and apparel. Walmart, too, said it gained share in the grocery segment — which is important as this division accounts for more than half its U.S. sales. The takeaway here is that these chains weren’t just benefiting from better consumer sentiment — they were outmaneuvering their competitors and taking business from them.

Managing markdowns: Urban Outfitters saw a robust 20 percent increase in gross profit this quarter over a year earlier. A big factor was lower markdowns across all its major brands. At its eponymous chain, the company said it recorded its lowest-ever markdown rate for a second quarter. At the same time, the company said its inventory turns in the brand were its fastest ever, meaning it was frequently getting fresh styles in front of shoppers.

There were echos of similar themes from other chains, too. Kohl’s Corp. said its gross margin was boosted by better inventory management and fewer markdowns. Macy’s Inc. saw a 5 percent increase in average unit retail in the first half of the year as it did more regular-price selling. These are powerful indications that the old guard has come a long way in adapting to the new pace set by fast-fashion chains and fickle shoppers. They will keep reaping the rewards of those changes in quarters to come.

No participation trophies: Even amid all the good news in the retail sector in the second quarter, there were some face plants. L Brands Inc., the corporate parent of Victoria’s Secret and Bath & Body Works, turned in a poor performance at its Pink brand that made it harder to see a path for a turnaround. Gap Inc.’s stock was punished as weak performance persisted at its namesake chain. 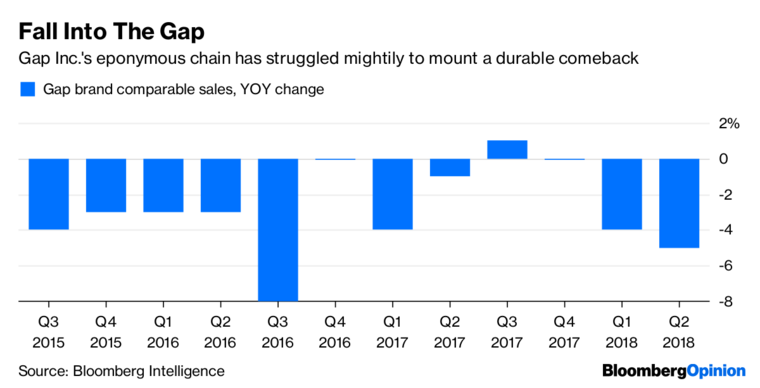 What Do You Know, Retailers Are Figuring It Out
In other words, not everybody benefited from this environment. So the ones who did were obviously offering consumers something compelling — a great price, a fun experience, enticing merchandise, or some combination thereof. We’ve seen this winners-and-losers dynamic for a while now in retail, but it is especially pronounced this quarter. The chains in the winner category are there because they’re doing something right.

Retail, of course, will continue to go through spasms as it endures once-in-a-generation change. But this quarter made me more confident that brick-and-mortar shopping can still be a vibrant business, and that old retail dogs can learn new tricks.

This column does not necessarily reflect the opinion of the editorial board or Bloomberg LP and its owners.

Sarah Halzack is a Bloomberg Opinion columnist covering the consumer and retail industries. She was previously a national retail reporter for the Washington Post.

The development was reported by bloombergquint.com 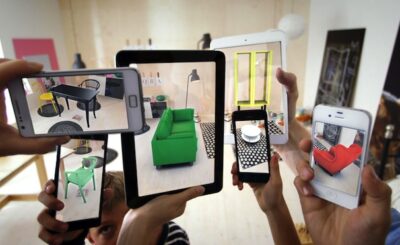