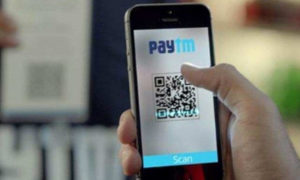 BENGALURU: Why did the RBI ban Paytm’s payments bank from opening new accounts and e-wallets in August?

In a response to an RTI filed by TOI, the RBI for the first time has disclosed the reasons — four of them. The apex bank said the Noida-based company was in violation of know-your-customer (KYC) rules while on-boarding users. These precise violations are not clear.

The RBI added that the payments bank failed to maintain the prescribed net worth limit of Rs 100 crore. It said the bank also violated the end-of-theday Rs 1-lakh limit per account. Payments banks are not allowed to hold more than Rs 1 lakh in each account.

An email sent to the bank’s spokesperson on the RTI responses did not elicit any response. The central bank had first declined to provide this information to TOI, citing certain sections of the RTI Act, but reviewed its position after an appeal by this newspaper. RTIWala helped TOI in the process of filing the appeal.

Following the RBI ban on opening new accounts and ewallets, the bank’s then CEO Renu Satti resigned. In October, the bank announced the appointment of S K Gupta, a former NPCI and SBI executive, as CEO.