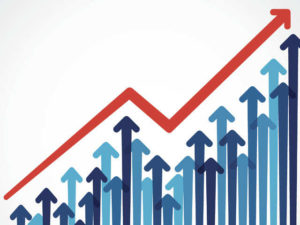 New Delhi: Inflation based on wholesale prices rose to a four-month high of 5.28 per cent in October, mainly due to spike in petrol and diesel prices, even as food prices softened. The Wholesale Price Index (WPI)-based inflation stood at 5.13 per cent in September and 3.68 per cent in October last year.

According to the government data released Wednesday, food articles witnessed softening of prices with deflation at 1.49 per cent in October, against 0.21 per cent September.

Vegetables too became cheaper with deflation at 18.65 per cent in October, compared to 3.83 per cent in the previous month.

Inflation in ‘fuel and power’ basket in October spiked to 18.44 per cent, from 16.65 per cent in September. Individually, in petrol and diesel it was 19.85 per cent and 23.91 per cent, respectively, and for liquified petroleum gas (LPG) it was 31.39 per cent during October.

Among food articles, potato prices continued to rule high with 93.65 per cent inflation in October. While onion witnessed deflation of 31.69 per cent; the same for pulses stood at 13.92 per cent.

The 5.28 per cent inflation is the highest in four months, and a higher inflation than this level was last seen in June at 5.68 per cent.

The WPI inflation is in contrast to the retail or consumer price index-based inflation data released earlier this week. The October CPI inflation had cooled to a year-low of 3.31 per cent.

In its fourth monetary policy review for the fiscal, released last month, the Reserve Bank maintained status quo on the benchmark interest rate but warned that volatile and rising oil prices, and tightening of global financial conditions pose substantial risks to the growth and inflation.

For October-March, the RBI pegged CPI-based retail inflation to be between 3.9-4.5 per cent.