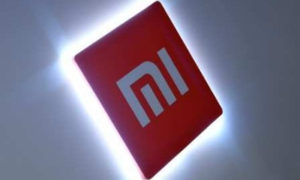 NEW DELHI: Chinese phone giant Xiaomi’s revenue in 2017-18 has touched nearly Rs 23,000 crore in just four years of operations in India, making it one of the fastest scale-up recorded by a consumer electronics company in the country. The company, which leads the smartphone market and is now cornering sizeable share in the television segment, is now studying the possibility of making a big splash in the consumer durables and appliances space — evaluating entry into large categories such as refrigerators, washing machines, ACs, water purifiers and even electric vehicles.

Xiaomi, which has unseated Samsung from volume leadership in the smartphone market in late 2017 and has now unshackled the TV industry with aggressive pricing, is bigger in revenue than combined sales of local operations of Sony and Panasonic.

LG, which had posted revenue of around Rs 16,000 crore in 2016-17, may too fall short of Xiaomi’s figure, though the same cannot be confirmed as the Korean major is yet to file its financial numbers for 2017-18.

“It has been a remarkable run for us in India. We have ensured that products that we sell here are of the best quality, carry right specifications, and have ‘honest’ pricing. We don’t believe in charging fat margins, and necessarily keep them below 5%,” Manu Jain, MD of Xiaomi India, told TOI .

While refusing to speak about the company’s financials (figures mentioned have been sourced from filings with Registrar of Companies), Jain said: “We today lead the smartphone market with a share of nearly 27%. We have been Number 1 for five quarters in a row.”

Majority of Xiaomi’s revenue comes from smartphone business, but Jain wants other categories to also start contributing strongly. “Today we are in several categories — smartphones, TVs, fitness bands, power banks, smart routers, home appliances such as weighing scale and security cameras, and fashion in lifestyle through t-shirts, back-packs and luggage. We intend to look beyond these and are considering other categories where we could sell Xiaomi-branded products or those from our partners.”

Encouraged by the success, Xiaomi, which began business as an online-only operation in July 2014, is now expanding aggressively in the offline retail space, launching new stores across larger cities and also in rural India. “It (offline retail) is a big focus for us. We have plans to double the large-format Mi Home stores in bigger cities and metros to 100 by the end of next year.”

In rural India, Xiaomi opened 500 ‘exclusive stores’ and now has plans to scale this up to 5,000 by next year. “We want to increase the share of offline to our overall sales,” Jain said.