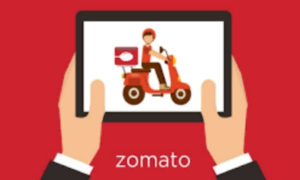 This is the first foray in the burgeoning events space by the Info Edge, Sequoia Capital and Ant Financial-backed venture, which was valued at about $2 billion post its last round of funding in October. Amongst the other major Indian consumer internet startups that have entered the events space recently, are hospitality chains OYO and Treebo.

“At Zomato, given our focus on food, we tend to think of ourselves as a food company, and not just a food-tech company. We fundamentally believe that that the restaurant channel, or the out-of-home food cooking theme will be dominant as well, and we are trying to grow that as much as we can,” Gaurav Gupta, chief operating officer at Zomato, told ET.

As part of Zomato Events, the Gurgaon-based company is launching Zomaland, a multi-city food carnival that will have street performances, pop-up restaurants and food exhibitions, among others. The Events vertical, globally, will be led by Chaitanya Mathur, formerly a co-founder of Grub Fest

“The idea behind doing this is that if there is a food experience that needs to be brought to the user, even if it’s an offline one, we should be the ones bringing it to the consumer,” Gupta said. “ “We want consumers to have a great experience with food offline as well.”

Over the last couple of years, the company, which competes with the likes of Naspers-backed Swiggy, Uber-owned Uber Eats and Ola-owned Foodpanda, has expanded its suite of offerings, ranging from Zomato Collection, a curated list of restaurants, to its subscription-based service Zomato Gold.

Zomaland, which will kick off early next year, will be initially held across four cities, and the company is partnering with over 400 restaurants for the ambitious event. According to Gupta, the company expects over 200,000 footfalls during the course of the extravaganza.

Gupta, however, declined to share how much the company, which has raised an estimated $635 million till date, will allocate towards Zomaland. He did, however, indicate that Zomato will consider taking undertaking events across markets outside India as well.

The developments come at a time when the company has also brought back Durga Raghunath as its Senior Vice President – Growth, effective December 21, 2018. This is Raghunath’s second stint in the company, having spent a brief five months in 2015.

Zomato ended FY18 with a 40% growth in revenues at Rs 466 crore. The firm also cut its corners tight squeezing losses by almost 73% to come in at Rs 106 crore in FY18 as compared to Rs 390 crore last year, according to financial documents filed with the registrar of companies and accessed by business intelligence platform Tofler.