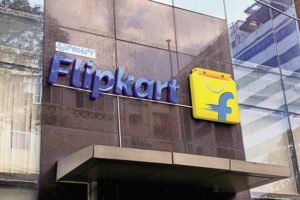 Flipkart Chief Executive Officer Kalyan Krishnamurthy is one of the leading candidates for the position, the newspaper said, citing sources.

Walmart is considering both internal and external candidates for the position of group CEO, the report added.

Flipkart may name a new group CEO, partly because co-founder and current group CEO Binny Bansal is not actively involved in daily operations, the paper reported, adding that Binny Bansal will remain the chairman of the company.

Krishnamurthy was appointed as Flipkart’s CEO in January 2017.

Walmart acquired about 77 percent of Flipkart in May, for nearly $16 billion in what was the U.S. retail giant’s largest-ever deal and a move to take on arch rival Amazon in a key growth market.

Last week, Walmart moved several of its leaders to senior positions at the group level at Flipkart. It appointed a new chief financial officer, general counsel, chief ethics and compliance officer and group controller, according to an Economic Times report.