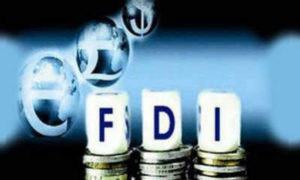 Mumbai: Domestic ratings agency Icra has said there is a “compelling case” to revisit the “restrictive” retail foreign direct investment (FDI) policy as India has not been able to get sizeable investments despite opportunities.

Citing examples of other emerging geographies to allay concerns, the agency said organised and unorganised retail can co-exist.

The multi-brand retail sector remains “most restrictive” to FDI, with a cap of 51 per cent ownership and guidelines relating to mandatory investments in back-end infrastructure and local sourcing norms, it said.

“There is a compelling case for the government to revisit its FDI policy. The investment requirements of the sector are sizeable,” its vice president and co-head for corporate sector ratings Kinjal Shah said.

According to data released by the Department of Industrial Policy and Promotion, India received USD 1.4 billion in FDI in the retail sector between 2000 and 2018, which is only 0.36 per cent of the overall FDI inflows, it said.

The agency said a population of over 1.3 billion with favourable demographics and a rising middle class present a big opportunity for foreign retailers, who have actually evinced interest.

Shah said there remains on-ground opposition for multi-brand retail from local traders, who fear risk of being thwarted by the deep pockets and increased competition from foreign players.

Pitching for relaxation in inter-segmental restrictions for multi-brand retail, Shah also said India needs to up the caps on foreign ownership in the segment.

There is limited domestic capital being invested in the sector and FDI flows can bridge capital deficit and remove the supply chain inefficiencies, Shah said.

Citing global experience to drive home the point of co-existence between organised and unorganised retail players, the agency said China saw a spike in employment and number of traders since liberalising on foreign ownership in retail in 1992 and Indonesia is witnessing traditional retailers holding on to food selling.

It can be noted that relaxations in foreign ownership is an extremely sensitive subject politically in the country which faces opposition from large segments.