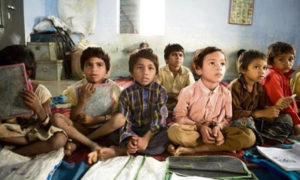 The Annual Status of Education Report (ASER) 2018 published by education non-profit Pratham shows the prevalence of learning deficit and the poverty of basic reading and arithmetic skills among students in Indian schools. Mintanalyses the highlights of the report.

The report shows that Indian students, especially those in elementary school (Classes I-VIII), are not learning enough. To cite one metric, only half (50.3%) of all students in Class V can read texts meant for Class II students. There seems to have been some improvement in learning levels, especially among students of Class III and Class V, in 2018 compared with those of the previous five years. However, the improvement is not visible at a higher level, for example among students of Class VIII. The latest report collected data from 596 districts by surveying 546,527 students from 354,944 homes.

Is this learning deficit prevalent only in government schools?

Why is learning level in schools important? 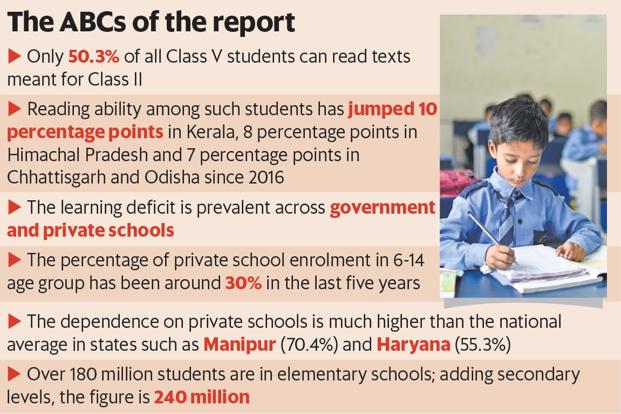 Yes; there is gradual improvement in some segments and in some states. The reading ability among Class V students in Kerala jumped 10 percentage points in 2018 from that in 2016. In Himachal Pradesh, the growth is nearly 8 percentage points and in Chhattisgarh and Odisha it is around 7 percentage points between 2016 and 2018. Still, data from states such as Jharkhand, West Bengal, Gujarat, Rajasthan and Tamil Nadu shows a marginal dip in the same criterion for the same cohort.

Do private schools have more students?

The situation has been almost static in the last five years. While 30.9% of students in the 6-14 age group were in private schools in 2018, the figure was 30.6% in 2016 and 30.8% in 2014. This is less than a percentage point growth since 2014. In Rajasthan and Uttar Pradesh, there is a two percentage point drop in private school enrolment. In Gujarat, Bihar, Jammu and Kashmir, it has risen by a similar margin. Private school dependence in Manipur (70.4%) and Haryana (55.3%) is much higher than the national average. 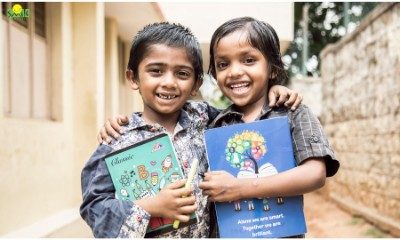 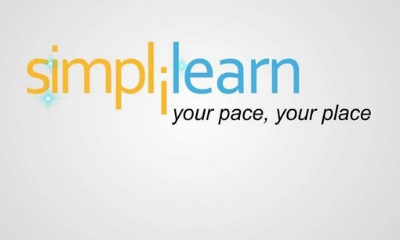 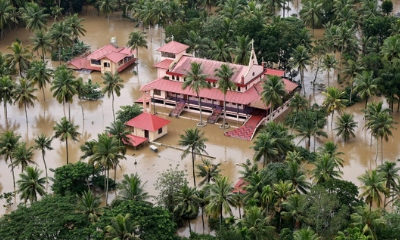