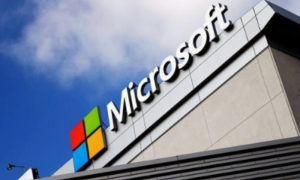 Microsoft Corp. said it will spend $500 million to develop affordable housing in the Seattle area, responding to a growing regional housing crisis that has strained the finances of many lower- and middle-income residents.

The spending with help address growing homelessness in its hometown, the Redmond, Washington-based company said.

It’s not uncommon for school teachers and firefighters to have punishingly long commutes from areas where homes are more affordable. Rising rents have also exacerbated homelessness in Seattle and the Bay Area.

The torrid pace of home-price appreciation is slowing in some once-hot areas. Even so, that hasn’t been enough for many residents. Under mounting public pressure, local leaders and businesses have been looking for ways to respond. In some cases, that’s meant including affordable housing in new corporate developments, as Alphabet’s Google is planning to do in San Jose, California. Tech moguls like Salesforce.com Inc.’s Marc Benioff have backed taxes on businesses to help the homeless.

As housing prices have shot up in the Seattle area, Microsoft has been somewhat insulated from public criticism, because the company’s headquarters are in a suburb. Amazon’s main offices, in contrast, are near downtown and the company sparked outrage last year for opposing a city tax on large employers that would have raised funds to tackle homelessness.