BIBA’s statement said Kielty, head of UK commercial risk, has been on the board since becoming chair of BIBA’s Insurance Brokers Standards Committee in 2020, replacing Yutree director Laura Hancock, who is a board member of BIBA since 2017 and its deputy president from 2019.

Kielty, who will start in the new role in early January, said: “I was honored to be asked to be vice president.” “I am as passionate about insurance trading as ever and look forward to continuing to make an impact on BIBA members in my new role. Laura is a tough one to follow but I look forward to the challenge. 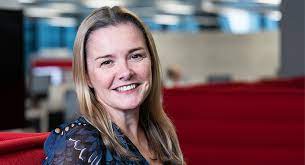 This is not the only new role Kielty has been appointed to in 2022. In October, Aon announced it was taking on the role of head of UK commercial risk. According to his LinkedIn profile, Kielty has also been with the company for seventeen years and is currently based in Manchester, England.

He also spent six years at Marsh from 1999 to 2005. At the time, Aon said Kielty would retain his role as UK business director while the company searches for a successor.