Lifestyle, which originated in India in 1999, is an Emirati retail fashion brand owned by Dubai-based retail and hospitality conglomerate Landmark Group. Lifestyle’s portfolio consists of several national and international brands and its product categories include Indian and Western apparel, footwear, handbags, beauty products and fashion accessories for men, women and children.

Lifestyle International Pvt. Ltd is managed by Shital Mehta who is the CEO of the company. Starting with lifestyle stores, Landmark Group’s business in India has now expanded to include Home Centre, Max and Easybuy. The group’s foray into e-commerce in India began in January 2016 with Landmarkshops.in, which was replaced in January 2017 with three separate brand websites and apps for Lifestyle, Home Center and Max.

Company Growth Lifestyle International Pvt. Ltd. grew by approximately 2 % in FY 2016 and crossed the ₹ 7,000 mark. Lifestyle retail stores Lifestyle stores have a multi-level store format, usually spread over two or three floors, offering a square view that allows customers to view product sections at a glance. The company sells national and international brands, which make up 75% of its inventory, as well as its own brands, which generate approximately 30% of turnover and make up the remaining 25% of store inventory. Lifestyle’s own brands include brands such as Melange, a ₹150 million brand with eight stores in India, among others.

Lifestyle International derives most of its revenue from brick-and-mortar stores, which consist of 63 Lifestyle stores. Already established in tier 1 cities, the retail chain plans to develop stores in tier 2/3 cities like Nagpur, Jaipur and recently Visakhapatnam and Nashik. Each store is estimated to cost the company around Rs10 million on average to set up. Latest Store Openings The 55th store of Lifestyle was opened on 06.09.2016 at Whitefield, Phoenix Market, Bangalore. It was inaugurated by Bollywood actress and Melange brand ambassador Kangana Ranaut. Apart from this, actor Rana Daggubati opened another store at Waltair Uplands in Vishakhapatnam on 2 March 2017.

Due to high staff turnover in 2015, the company decided to offer flexible working hours and other benefits to its medical staff. With this, the company managed to reduce the force from 80 percent in 2005 to 35 percent in 2017, while the industry average is still 50 percent. The company organized, employee social initiatives called “LIFE” and “LEAP”. LIFE, which stands for Learn – Implement – Fastrack- Expert, and LEAP for Landmark Education are two in-house programs that provide technical and soft skills to frontline workers and lead to retail management degrees, respectively.

The company also organized employee recognition programs such as Clash of Icons, Make a Difference; Incentives and awards are given to recognized employees at regular intervals. Corporate theater was another informal learning method that Lifestyle used to educate, entertain and engage its employees. 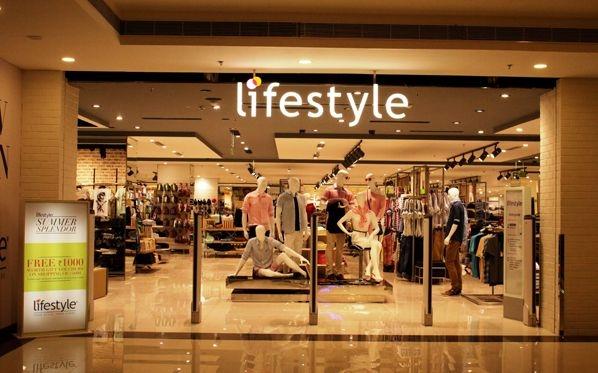 In lifestyle and other brand stores. The sixth and final campaign was held in November 2015 and was joined by athlete Anju Bobby George and film actors Amulya and Samyukta Hornad.

Home Center is part of the Indian Lifestyle chain of stores. With centers in the United Arab Emirates, Bahrain, Saudi Arabia, Qatar, Oman, Egypt, Kuwait and India, Home Center has more than 2. million square feet (220 × 103 m2) of retail space. Lifestyle home center sells furniture, fixtures and home decoration products. The brand has been named Most Admired Retailer in the Home and Office Improvement Category for two consecutive years – 2008 and 2009.

Top 10 States with the most Lifestyle retail stores