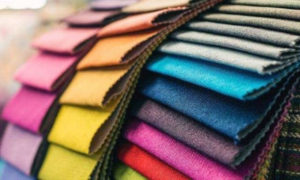 New Delhi: Aditya Birla Group firm Grasim Industries today reported a consolidated net loss of Rs 1,299.86 crore for the quarter ended September 2018 on account of an exception item related to the merger of Vodafone with Idea Cellular. It had posted a net profit of Rs 799.03 crore during the July-September period of last fiscal, Grasim Industries said in a BSE filing.

Its revenue from operations was up 23.76 per cent to Rs 16,795 crore during the period under review as against Rs 13,570.45 crore of the corresponding quarter last fiscal.

With merger of Vodafone India with Idea Cellular into Vodafone Idea Ltd, Idea’s share in profit of VIL has not been consolidated with effect from August 31 2018, the company said.

“The exceptional item of Rs 2,003 crore represents the difference between book value and fair value of Vodafone Idea Ltd as on August 30, 2018. This has been charged to the Profit and Loss Account, consequent to Vodafone Idea Ltd ceasing to be an Associate,” the company said.

Grasim Industries revenue from cement business during the quarter was Rs 8,151.46 crore. It was Rs 6,791.18 crore in the corresponding quarter a year ago

Shares of Grasim Industries on Wednesday settled at Rs 876.95 on BSE, down 0.04 per cent from previous close.