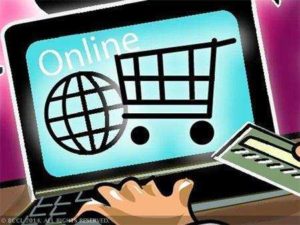 E-commerce companies like Amazon, Flipkart, Snapdeal and others have had a stellar festive season so far and have clocked billions of dollars worth of sale, as shoppers thronged to cash in on the attractive offers available on these platforms. For most players, a big chunk of the new shoppers logged in from tier II and III cities and towns – a trend that is likely to continue till Diwali as these platforms continue to present more offers and schemes to woo customers.

According to Amit Agarwal, Senior Vice President and Country Head at Amazon India, three times more new customers have shopped on the company’s platform for the first time during this sale, with a large portion of these customers coming from tier II and III cities.

Arch-rival Flipkart said it has seen record-breaking numbers across categories, including mobile phones, large appliances, and private labels from across the country. Flipkart CEO Kalyan Krishmamurthy had indicated that the company is likely to meet its targets by the fourth day of the sale itself. Latest numbers from the sale of these two giants were not available.

According to market watchers, presence of big brands on these sites, coupled with availability of discounts and easy finance schemes has played a key role in getting customers (especially from smaller towns) to shop online.

Paytm Mall COO Amit Sinha said its platform has received over 60 million visitors from more than 100 cities other than metro cities.

“…a lot of buyers are from tier II and III cities and are first time buyers … (Paytm Mall) clocking a run-rate of over USD 5 billion in sales,” he added.

For Snapdeal, new buyers account for about 38 per cent of all orders placed during the sale so far.

Paytm Mall kicked off its festive sale from October 9, while the others began a day later. While the first leg of the sale ends on these platforms on Sunday and Monday, more offers are expected to be rolled out as Diwali approaches.

E-commerce companies in the country are estimated to have already clocked sales worth USD 1.5 billion (Rs 11,085 crore) in less than three days of festive sale, according to RedSeer Consulting.

This, according to the research firm, was achieved as consumers thronged the E-commerce online platforms to buy smartphones (sale of 4.6 million units, translating into USD 800 million), large appliances (USD 170 million) and fashion (USD 120 million).

The industry is on track to reach the USD 3 billion-mark — twice that of last year — by the end of the five-day festive period, it had added.