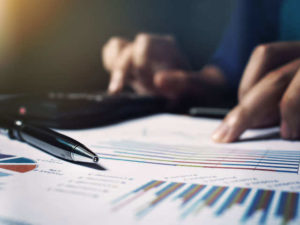 The government and the Reserve Bank are not in favour of extending the Monday’s deadline for local data storage by foreign payment companies, an official said.

The government would not relent under pressure from the global payment firms and the RBI is unlikely to extend the October 15 deadline for data localisation, the official said.

“We are not in favour of extension. Also, data mirroring in not an option,” the official told reporters.

Data localisation is an act of storing data on any device that is physically present within the borders of a particular country where the data was generated. Two top American Senators John Cornyn and Mark Warner have asked Indian Prime Minister Narendra Modi to adopt a soft stance on data localisation, warning that India’s policy on the issue will adversely affect American businesses in the country.

“Data localisation requirements, such as those contained in the draft data protection bill and draft national e-commerce policy framework, will have negative impacts on the ability of companies to do business in India, may undermine your own economic goals and will likely not improve the security of Indian citizens’ data,” they said.

Global financial technology companies have reportedly sought an extension to the October 15 timeline.

Foreign payment companies had reportedly also asked the RBI to allow data mirroring which would mean they can store a copy of the data overseas as well. The RBI in April had said that in order to ensure better monitoring of payment service operators it is important to have “unfettered supervisory access to data stored with these system providers as also with their service providers/ intermediaries/third party vendors and other entities in the payment ecosystem”. “All system providers shall ensure that the entire data relating to payment systems operated by them are stored in a system only in India,” it had said.

The RBI has further said that data should include the full end-to-end transaction details, information collected/carried/ processed as part of the message/payment instruction.