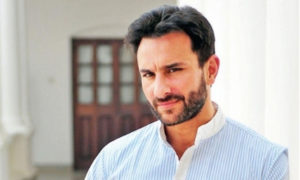 BENGALURU: In a bid to tap into the largely unorganised ethnic wear market, online fashion platform Myntra has launched an ethnic brand with actor Saif Ali Khan. Known as ‘House of Pataudi’, Myntra co-owns majority of the brand along with Khan and Exceed Entertainment.

This comes as the company continues to push its inhouse brands, which form one-fourth of the company’s revenues. “We have seen a lot of searches for ethnic wear on Myntra and decided to launch a brand for both men and women for all occasions,” said Ananth Narayanan, CEO of Myntra-Jabong.

“We expect it to become the number one ethnic wear brand on Myntra in the next three years with a potential to have its own brand stores, but for now it’s only online.”

In the meantime, Myntra already has plans to launch stores for some of its other private labels. The Flipkartowned company aims to launch 100 stores in the next two years, of which 50 will be Roadster stores, followed by HRX. While Roadster is the company’s fastest growing outdoor lifestyle brand, HRX is actor Hrithik Roshan’s athleisure brand, whose majority stake is owned by Myntra.

Narayanan believes that ethnic wear in India is a Rs 70,000-crore market, with majority of it being disorganised, making it a great opportunity for the fashion etailer.

According to some analysts tracking the space, HRX is one of the top five brands selling on Myntra with over Rs 100 crore of annual sales and expect House of Pataudi to have good potential because of not only what Khan represents, but also due to a lack of ethnic wear brands in the country