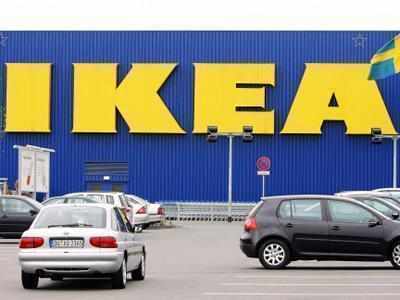 Ikea, the world’s largest furniture retailer with 38 billion euros in annual sales, said the customs duty increases will push up costs in India and could hamper business sentiment. “Trade barriers such as import duties are against ideas of a global economy and ease of doing business and will lead to higher costs in India, which is not customer friendly,” deputy country manager Patrik Antoni said in a WhatsApp message to ET.

Ikea said it’s still gauging the impact of the move and wouldn’t be able to comment on whether prices will be raised or not. The Swedish company’s entry marked one of the most significant overseas investments in the country.

India announced duty changes on 19 items including air-conditioners, refrigerators, washing machines, footwear, jewellery, furniture fittings, tableware and ATF to curb the current account deficit and stem the slide in the rupee against the dollar.

Ikea made its debut in India with its Hyderabad store in August and plans to expand to more locations across the country, keeping prices low as it seeks to appeal to customers in a price sensitive market. 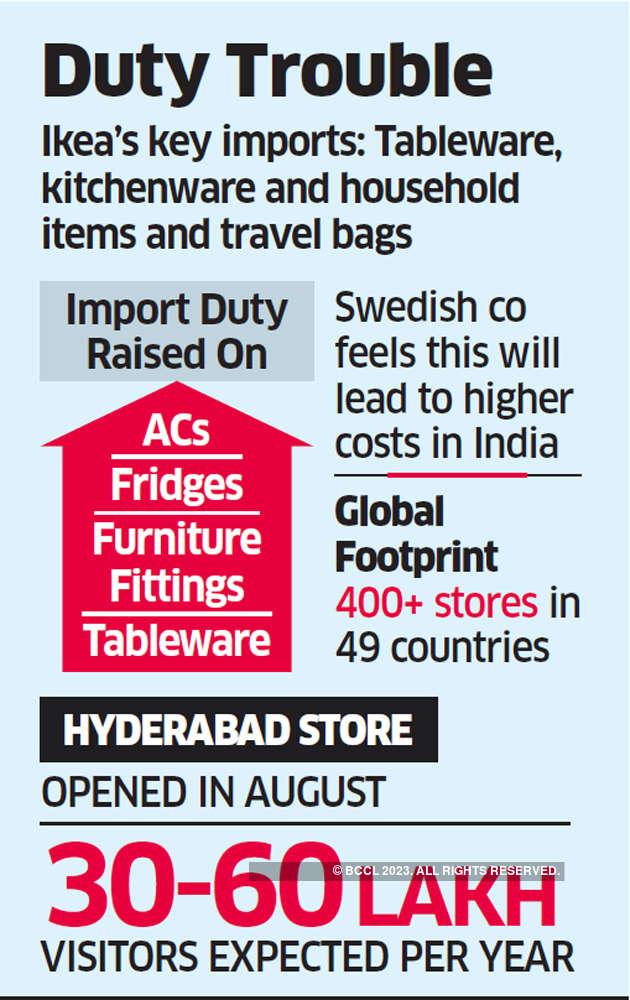 “Everyday we strive to cut unnecessary costs in our supply chain to achieve our goals of offering affordable home furnishing products,” Antoni, who reports to Ikea India CEO Peter Betzel, said. “Ikea is committed to creating the best possible value for its customers across the world, this of course includes our Indian customers.”

The company imports most of the products it sells including tableware, kitchenware and household items made of plastic, and travel bags among other items that are covered by the duty increase announced on Wednesday. Companies have said prices of air-conditioners, premium refrigerators, washing machines, shoes and suitcases will go up by 3-5% while premium imported shoes will be dearer by about 5%.

The world’s largest furniture and home products retailer received government approval in 2013 to invest Rs 10,500 crore — the largest foreign investment approval in brick-and-mortar retailing in India — to build supply chain infrastructure and to open 25 stores by 2025. The opening of the Hyderabad store led to traffic jams around the 400,000 sq ft big box store as about 40,000 people showed up on the first day.

Apart from Hyderabad, Ikea has purchased land for stores in Mumbai, Bengaluru and Gurgaon. The company invests about Rs 1,000 crore per store, including the land and construction costs. The move to raise duty follows an announcement to this effect by finance minister Arun Jaitley earlier this month after a meeting with Prime Minister Narendra Modi in the wake of the slump in the rupee against dollar.

India’s current account deficit widened to 1.9% of GDP in FY18 from 0.6% in the year before and is expected to swell to about 2.8% in the current fiscal year. Emerging economies with high current account deficits have been punished with sliding currency values amid interest rate increases by the US Federal Reserve, higher crude prices and a global trade war. The rupee is down about 13% since January.