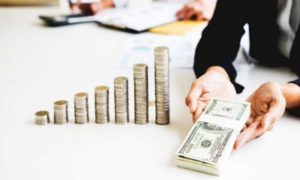 NEW DELHI: Fresh meat and seafood brand Licious Monday said it has raised $25 million in a Series-D round led by Japan’s Nichirei Corp.

“With plans of opening operations in the new year across seven cities including Mumbai, Pune and Chennai, the funds will be used to further strengthen Licious’ dominant market presence, portfolio of value-added product portfolio and world-class supply chain,” it added.

In September this year, the company had raised $25 million in series C round of growth fund.

The firm, founded in 2015, had raised $10 million in Series B funding round in March last year. Before that, it had also raised seed funding, followed by Series A funding of over $3 million.

The company has so far raised $64 million.

The company is built on the farm-to-fork business model, owning the entire back-end supply chain powered by stringent cold chain control to maintain the quality and freshness of each product from the time of procurement, processing, storage to the time it reaches the end consumer, the statement said.

It currently has operations in Bengaluru, NCR and Hyderabad.

“These funds will greatly aid our vision to build an Indian food brand with a global outlook.” said Abhay Hanjura and Vivek Gupta, co-founder, Licious.

Japan’s Nichirei has developed a wide range of businesses such as food processing, food trading, food logistics and bioscience.