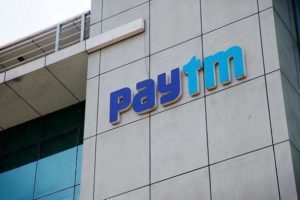 BENGALURU: If Apple taught Indian consumers to unlock its new phones with a twitch of their eyes, Paytm is working on introducing facial recognition to enable digital payments.

Noida-based Paytm has begun testing a facial recognition tool that can unlock its payments application on a customer’s smartphone, company executives said. It also plans to extend this feature to allow customers to pay at merchant outlets with the blink of an eye.

Such a biometrics-based authentication tool could enhance the security of the app since offline payment modes are vulnerable to phishing attacks that trick customers into revealing their passwords or mobile pin numbers to fraudsters.

“We have already started testing the face recognition tool among our employees. Once live, Paytm users will be able to log into the app by simply looking at the phone,” said a senior Paytm executive on condition of anonymity.

Paytm is testing the facial recognition feature on Google’s Android platform, and according to sources, will shortly roll it out through an app update. Offline payments through face recognition, however, would take longer, they said.

“We are currently working on several initiatives that will help us to take our services to users in every nook and corner of the country who are still learning to use smartphones,” said Deepak Abbot, senior vice-president at Paytm.

“For stored value transactions like wallet payments, which do not require the second factor, we can bring in face recognition as the factor of authentication,” said the first executive quoted above. “This will be highly beneficial for offline merchant transactions.”

Paytm has 9.5 million offline merchants on its platform.

The company has already identified devices that can be installed at select merchant locations and used for such authentications.

“There are devices available that can be used as an integrated terminal for placing orders as well as making payments, and the device is capable of reading the face of the customer to authenticate the transaction,” said a senior executive of another payments company.

On the facial recognition feature, the Paytm executive said the company is developing additional security features to check fraud.

“We will be checking for the eye white, which is a recognition of whether a person is alive or dead. We will also make the customer blink once to show he or she is alive,” this executive said. “As of now, we are restricting it to opening the app, but the future will see much more use cases.”