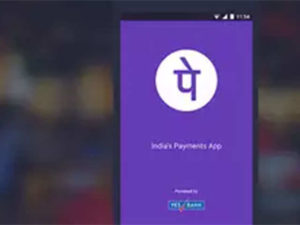 BENGALURU: As in e-commerce, top players are bleeding heavily in the payments space too as competition turns fierce. Flipkart’s PhonePe and Amazon Pay together incurred losses of about Rs 1,135 crore in the year ended March 2018, as they tried to take on market leader Paytm.

Amazon Pay and Phone-Pe’s overall expenses shot up significantly as they tried to match discounts and cashbacks offered by Paytm. In the ongoing financial year, the cost of doing business for e-wallet players has risen further with the banking regulator mandating strict KYC compliance. This will reflect in the annual filings next year.

While PhonePe has a strong presence on the Unified Payments Interface (UPI) platform, Paytm has been aggressively challenging it in the space. Amazon Pay, on the other hand, has been scaling up its e-wallet business — the segment that Paytm pioneered in India — bringing in third-party merchants onto the payments network.

In the ongoing festive sales, Flipkart and Amazon are incentivising users via cashbacks and discounts to use their respective payment channels. PhonePe is spending over Rs 600 crore in advertising and promotion during this period. Amazon Pay is said to be spending Rs 265 crore. Amazon Pay’s total expenses shot up to Rs 727 crore in the year ended March 2018, compared to Rs 185 crore in the previous year. PhonePe’s total expenses rose to Rs 831 crore, from nearly Rs 150 crore.

On the other hand, Amazon Pay’s revenue for the fiscal 2018 was almost Rs 390 crore, rising sharply from a mere Rs 4 crore in the prior year. PhonePe’s revenue rose to about Rs 43 crore, from just Rs 3 crore.

PhonePe said in a statement that in 2017-18, the business invested heavily in brand-building, category expansion and marketing. “We also scaled our technology team and infrastructure rapidly, given the exponential growth we witnessed,” it said.