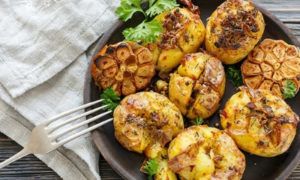 NEW DELHI: The government has instructed Google and Facebook to take down ‘false and malicious’ videos and other content that spreads misinformation regarding safety and quality of food in India, saying that the ‘fake’ information is eroding the public’s confidence in institutions tasked with food safety.

The instructions to the global internet giants have been issued by the IT Ministry that has asked the companies to immediately remove such content and block the accounts of people who are uploading the videos, sources told TOI.

The order follows a complaint by Food Safety and Standard Authority of India (FSSAI) CEO Pawan Agarwal to IT Secretary Ajay Prakash Sawhney.

“It has come to our notice that some miscreants are misusing various social-media platforms for circulating fake and objectionable material, including false and malicious videos regarding safety and quality of food available in India,” an official of the IT ministry said in separate written communications to the two companies.

“Such fake and malicious videos erode the public’s confidence about the institutions in India which are performing their job with due diligence,” the official added.

The IT Ministry said that the FSSAI has pointed out instances where the internet platforms had been used to spread misinformation about food quality.

“Specific instances like creating false scare of plastic eggs, plastic rice, melamine in milk. One specific fake video which went viral on social media related to the presence of melamine in milk, wherein it was maliciously projected that FSSAI had given permission for use of melamine in the milk,” the IT Ministry note said. The Ministry also told the companies to institute a system as part of their due diligence for prevention of uploading such imagery/video/text.

FSSAI said that the false content on food safety had created fear in the minds of the public and eroded their confidence on food control systems in India. “… such false propaganda is neither good for citizens nor the food business. This also erodes global trust in our food system and food businesses, and potentially has far-reaching public health, social and trade implications,” FSSAI CEO said. FSSAI also suggested that the companies should appoint a nodal officer so that it can directly take up such issues with them for quick remedial action.