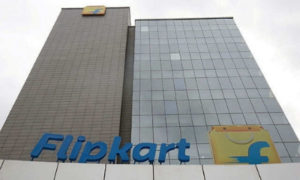 NEW DELHI: Flipkart has promoted Rishi Vasudev, its fashion department head, to give him additional responsibility of the fashion and lifestyle categories of its fashion portals Myntra and Jabong, two people familiar with the development.

The development comes just a week after the e-commerce major named Amar Nagaram as head of Myntra-Jabong, following the resignation of Ananth Narayanan as its CEO.

“Amar will head product, tech and customer experience, Rishi will head fashion and lifestyle at Myntra and Jabong,” said a person familiar with the development.

Both Nagaram and Vasudev will report to Flipkart CEO Kalyan Krishnamurthy, the person said, adding that a formal announcement is expected in the next 10 days or so.

A Flipkart spokesperson in an emailed response said, “As a company we don’t comment on speculations/rumours.”

Earlier this month, Vasudev was promoted as senior vice president, the two sources said. That has also been updated in his LinkedIn profile.

Vasudev, a former CEO of Calvin Klein in India, is the third Flipkart executive who has been parachuted to Myntra and Jabong since US retail giant Walmart completed its $16 billion acquisition of Flipkart in August last year.

Flipkart had in November moved Ayyappan R to head category management at Myntra. Ayyappan was previously heading the mobile phone category at Flipkart and is credited with making Flipkart the leader in that category.

Last week Nagaram moved to Myntra-Jabong when Narayanan quit after being at the helm of the online fashion retailer for three-and-a-half years.