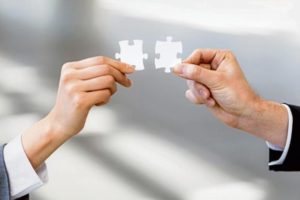 Recently, social media was abuzz with reports that Bank of Maharashtra was going to merge 51 of its branches with other branches. The message was accompanied by a newspaper clipping of a notice published by the bank. As it turned out, the branches are not going to be merged as of now but have already been merged in financial year 2017-18.

The notice was issued to customers of these 51 branches to deposit their older cheque books at their new branches and collect new ones. The notice highlighted that customers should use IFSC codes of the new branches allotted to them. The banks will allow the use of the older IFSC and MICR codes till 31 December 2018, after which customers will have to use the new codes for transactions to be valid.

There could be multiple reasons for a branch to be merged with other branches. Bank of Maharashtra said it merged multiple branches in the same vicinity as they were showing operating losses or had low business potential.

If your bank branch gets merged with another branch, here is what you need to know.

The changes
IFSC code: Each bank branch has its unique IFSC code. This alpha-numeric code is used as an identifier for a transaction, along with an account number. While an individual’s account number does not change when bank branches are merged, IFSC codes of the merged branch ceases to exist after some time. In that case, the customers have to use the IFSC code of the new branch where the older branch has got merged. The bank typically communicates this to its customers.

Remember to change your bank mandates you may have submitted for all your credit or debit transactions such as receiving dividend payment in your account or paying up your loan EMIs.

Cheque book: A cheque leaf has details like bank account number, IFSC code, MICR code and branch name printed on it. Accordingly, when a branch is merged, you need to get an updated cheque book from the bank.

Lockers: Banks try to contact customers to inform about the change, said public sector bankers. Customers are advised to remove their valuables from the lockers temporarily, and are offered locker services at the new branch again.

For customers who are unable to empty out their lockers at the old branch due to non-availability, banks move the lockers in a police escort to the new branch. The same procedure is followed even when a branch is being moved to a new address. Customers need to then get in touch with the bank to find out the new address and other details. Customers are not charged in the process.