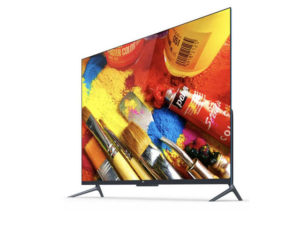 BENGALURU: Chinese smartphone maker Xiaomi said smart televisions would be its next growth segment in India after mobile phones as more people take to watching curated content at their leisure.

The smart television market in the country is relatively small, consisting of players such as LG, Samsung and Sony and Xiaomi put its hat in the ring earlier this year with its first product. The Consumer Electronics and Appliances Manufacturers Association (CEAMA) in India estimates sale of 17 million TVs this fiscal and smart televisions are expected to be about 10% of the total sales.

To gain a greater foothold in the market, Xiaomi launched three new models on Thursday which runs on its Patchwall software, which allows unification of a traditional set-top box with online content. For example a search made through the Patchwall interface will through up results both from the traditional TV channels and those available online. This seamless connectivity distinguished the interface from rest of the smart TVs in the market.

“TVs will be our next growth segment in this country,” managing director Xiaomi India said, adding that while all these televisions would be imported now, the company will set up a separate factory in India for manufacturing televisions in the future, just like it does for smartphones. The company has already sold 0.5 million TV units in the six months of its launch

India is the most important market for the company, after China, just like its counterpart One Plus. Xiaomi, however, declined to mention the market share it has sliced out in the smart TV market in India except saying it gained “significant market share” since launch.

In smartphones the company remained at the pole position with a neck to neck battle with Samsung at 30% market share each in the second quarter ended June 30, according to data from Canalys, a technology market analysis firm. The number was just 17% in the same period, a year earlier. Xiaomi manufactures nearly all of its phone for the country in India across its six factories in Noida, Chennai and Andhra Pradesh.

Jain also cautioned against the falling rupee saying that the company would take a call on the prices of its products post Diwali. “We started the year with the rupee at 63 against the dollar and if it drops to 75 or below that, we will have no option but to raise prices.”