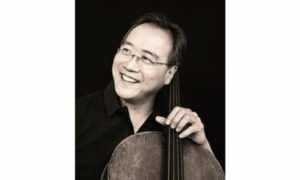 Chinese-American cellist Yo-Yo Ma has recorded over 90 albums and received 18 Grammy awards over a career spanning almost six decades. A United Nations messenger of peace since 2006, Ma is a humanitarian who believes that music has the power to bring people together. This August, he set out to perform Bach’s six suites for solo cello in 36 locations on six continents. A few days before his first ever performance in India at the NCPA, Mumbai—he’s being brought down by ticketing platform BookMyShow—Ma spoke to Lounge about The Bach Project and the role of culture in an increasingly fractured world. Edited excerpts:

This is your third recording of Bach’s cello suites, possibly the last. What has changed in your understanding of the compositions since you first recorded them in 1983?

If music is sometimes a mirror to society, then I think it is also a mirror to even one person’s development. I think we can all imagine the difference between a 20-year-old and a 60-year-old. So I’m older and now have what feels like many lifetimes’ experience. Hopefully, some of those experiences are reflected in the way I perform this music.

You’re touring around the world as part of your Bach project. What keeps bringing you back to him?

I think Bach had a very special way of thinking about the universe and of humanity. I think he was very empathetic to the human condition, he tried to understand humanity as best as possible in a subjective way. But at the same time he was very objective about them. I feel that Bach is like a scientist musician. A scientist really tries to get the truth in one way and a musician tries to get the truth in another way. But Bach was able to do both at the same time, while not placing himself at the centre of the universe.

You’ve spoken about ‘culture of us’ as a major concept for this tour. What do you mean by that term?

I used to think that culture is, you know, music and theatre. But lately, I think that humans in a way invented all the forms of cultural expression in order to create a better understanding of the universe, of ourselves and others. So the basis of culture is actually a primal need to understand our environment. And if that is true, then everything that we’ve invented in literature, in music, in theatre, in science, and in philosophy, it’s meant to serve humanity. If we find something good and something meaningful, it doesn’t belong just to me or the culture I come from. It belongs to everybody.

What role does culture play in our increasingly polarized world?