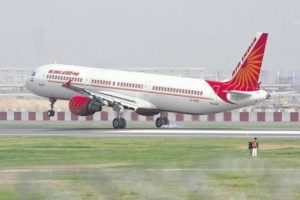 Cash-strapped national carrier Air India is likely to raise Rs.500 crore from banks by next week, as it looks for funds to meet working capital needs and service interest on outstanding loans, a senior Air India official said on Wednesday.

“We should be able to close the fund-raising by next week,” said the official on condition of anonymity.

The airline had earlier this month floated a tender to raise Rs.500 crore from domestic lenders by 31 October. The initial deadline for submission of bids was 10 October, which was later extended to 31 October. The tenure of these government-guaranteed loans would be for one year.

Air India’s lenders had earlier this month met top officials at the airline to seek more information on its revival plans and previous delays on loan payment before making funding commitments.

Oil marketing companies had written to Air India in September, asking it to clear its dues towards daily billing amid rising oil prices. The airline has since cleared a large chunk of its dues related to jet fuel purchases.

Meanwhile, the civil aviation secretary, R.N. Choubey, on 10 October said that a government-backed revival package for the airline is likely to be ready in a month.