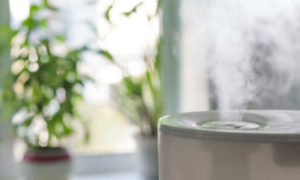 The air purifier market is estimated to be about Rs 200-250 crore and though it’s growing at 30-40% this year, three industry executives said the growth is impressive in percentage terms because of the low base and should not be read as a sign that Indians are adapting quickly. And this is despite halving of entry-level prices this year to about Rs 8,000 with over 60 brands operating in this highly cluttered space, they said.

More than half of the purchases are still by institutional buyers such as the foreign embassies, luxury hotels and CXO chambers in large corporates with only some affluent consumers or people with respiratory problems buying it for households, senior executives at Blue Star, Eureka Forbes, Kent and Hicare said. “Air purifier is still hyped up in India and the industry as a whole is expected to make a loss this year considering the huge expenses on marketing and promotion without any commensurate sales,” said Blue Star joint MD B Thiagarajan.

Marketers said the window period for sales is just 1-2 months around Diwali when pollution peaks in the NCR region which alone contributes about 70% of national sales. This is despite air quality worsening in other cities like Mumbai, Bengaluru and Kolkata. Only about 1.5 lakh units are expected to be sold this year.

Kent RO Systems chairman Mahesh Gupta said while air purifier sales have picked up in the last ten days in NCR, there is no wider adoption since people feel they can still live without it. But what is ailing air purifiers in India? Marketers say it’s the lack of awareness, the wrong perception that indoor air quality is better than outdoor and the recurring costs involved in changing filters.

Eureka Forbes CEO Marzin R Shroff said creating the basic need for an air purifier is a big task which brands have not been able to do till now. “It’s not just an Indian phenomenon, but global. When pollution comes down, sales fall drastically,” he said.

Himanshu Chakrawarti, CEO at Hicare Services, which sells the Blueair range of air purifiers, said some sales have started in markets like Mumbai and Bengaluru as well and that’s throughout the year. “Air purifiers are still perceived as a lifestyle product.” Brands, however, are optimistic about the market potential. Philips India has been undertaking marketing for the last few years to create awareness about indoor air pollution and its spokesperson said demand has gone up this year.

Leading retailer Vijay Sales said it had sold 500 units of air purifiers last year in NCR and expects to double it this year. “That is encouraging, considering there was no market even two years ago,” said director Nilesh Gupta. Apart from big brands like Samsung, LG, Whirlpool, Daikin, Panasonic, Philips, Dyson and Xiaomi operating in this space, even FMCG companies like HUL Pureit, Amway and Eveready have ventured into air purifiers making this one of the most congested consumer electronics space.