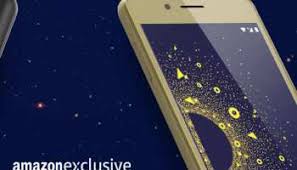 Amazon India and Flipkart are set for a bitter fight for leadership this festive season, as both have claimed majority marketshare in the crucial smartphone category, backed by credit and discounts.

Amazon said it sold three out of four smartphones in the country, both online and offline, on the first day of its sale open to all customers on Wednesday, a day before Flipkart is set to open its smartphone deals to customers. India head Amit Agarwal said customers used Rs 300 crore worth of credit for purchases on the platform.

Customers shopping for phones, fashion and large appliances on Amazon made the first day of the company’s six-day Great Indian Festival its biggest day of sales ever, Agarwal said.

“75% of all phones sold in India on Wednesday was on Amazon. Redmi 6A was the top selling product for us across categories,” Agarwal said.

Amazon and Flipkart have been fighting for marketshare in the smartphone category, with each claiming a larger pie as they sign up more brand exclusives.

Tarun Pathak, associate director at Counterpoint Research, said it was early to analyse data on smartphone sales on Wednesday. “Amazon had good print visibility and announcement of their deals,” Pathak said.

Amazon said it also saw thrice as many new customers shop on its website compared to the first day of the sale last year.