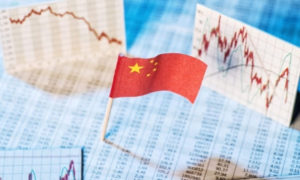 NEW DELHI: China is now keen to import pomegranate, grapes, soyameal, fish oil and fish meal from India apart from non-basmati rice and sugar it had decided to buy earlier. Beijing will send teams to inspect pomegranate and grape orchards, and soy processing units this month.

In a meeting last week with Chinese vice minister Hu Wei, India also pushed for exporting okra, sapota (chikoo), milk and bovine meat to China while Beijing made a case for New Delhi to resume imports of milk and dairy products, apples and pears.

“To achieve balance of trade, they are looking at high quality agricultural products and have agreed to look positively at India’s demands,” said an official aware of the details. India’s exports to China touched $33 billion in 2017-18 while imports from that country stood at $76.2 billion.

The Chinese team will inspect grape orchards this week while soyabean inspections are scheduled for December 9-18. China mandates back houses and exporters of grapes to get registered with its authorities every year but India has sought longer validity period for the registration so that the process doesn’t have to be repeated every year. Pomegranate orchards and processing units would be examined from December 10-17, and Beijing expects the process for pomegranate to be completed by the year end.

Dairy products from Beijing were suspended in 2008 since melamine was found in these items. Now, China is willing to buy caseinate (milk protein) from India in exchange for its milk and dairy products.

“India is looking for China’s support on exporting okra, sapota (chikoo), milk and bovine meat to it. China is interested in our mango and rapeseed,” the official explained.

China had stopped buying bovine meat from India on fears of foot-and-mouth disease epidemic and despite India getting a clearance from OIE, World Organization for Animal Health, it has insisted on inspection by its own officials. It also wants India to resume imports of apples, pears and targets seeds after repeated tests found pests in the incoming shipments.